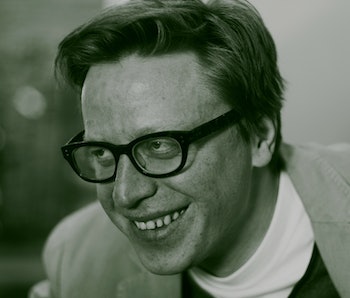 One of the joys of discovering something is you get to name it. But names have power and bad nomenclature has a way of coming back to bite researchers in the ass. Although whimsy has its place — scientists have a rich history of naming bugs after pop stars and presidents, which, we get it, makes it easier for us to get excited about Amazonian stick insects — not everything is as hilarious as Beyonce’s gold butt fly.

These scientific jokes didn’t quite land.

An inheritable disorder, MSUD prevents the body from processing leucine, isoleucine, and valine, resulting in a concentration of these amino acids in the body. Yes, that means someone’s urine might smell sweet like syrup, but severe forms of the disease can be life-threatening.

The sonic hedgehog gene, protein, and signaling pathway get their name from experiments in fruit fly and mouse embryos. A Drosophila phenotype with genetic mutation of this gene had embryos covered in pointy spikes — hence, hedgehog. There are three variants — desert, indian, and sonic — in vertebrates, though it’s sonic that’s most heavily criticized as too lackadaisical.

The Just Because You Can Doesn’t Mean You Should: SNAI2, SNAIL2, and SLUG

Again with the genes. The official full name of SNAI2 is snail family zinc finger 2, shortened to SNAI2 or SLUG. Its mutations can cause neurological birth defects in the brain or spinal cord.

The Weather Channel Special: Any Winter Storm Ever

In a twisted bit of promotion, the Weather Channel tries to make winter storm names a thing. The National Weather Service — the government organization that names tropical storms — is staunchly against this practice. Why? It’s a meteorological line in the sand they won’t cross: “a winter storm’s impact can vary from one location to another, and storms can weaken and redevelop, making it difficult to define where one ends and another begins,”  a NWS representative said at the height of 2013’s stormy Nemo furor.

These beetles were discovered in Slovenian caves in 1933, at a time when fascist entomologists could curry favor with a certain megalomaniac by christening bugs in his honor. Unfortunately, taxonomists are nothing if not sticklers for tradition, so the name “Hitler beetle” stuck. But fate wasn’t content leave the blind Nazi bugs alone: the beetles fetch up to $1,500 on the black market and risk being poached to extinction, all because of their dumb name.

More like this
Gaming
Sep. 23, 2022
23 years ago, Sega’s biggest flop changed video games forever
By Steven Asarch
Science
Oct. 4, 2022
Three physicists win the Nobel for groundbreaking work on quantum entanglement
By Elana Spivack
Innovation
6 hours ago
This is how scientists will predict the next massive hurricane
By Abe Musselman
Share: