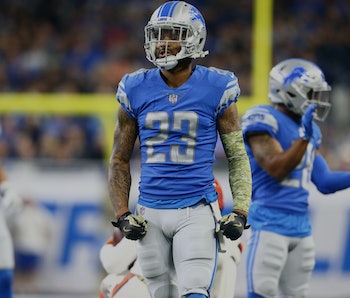 The Detroit Lions have a chance to tune up against the lowly Chicago Bears before next week’s big showdown with the division-leading Minnesota Vikings. The Chicago Bears… well, every game with Mitch Trubisky under center is its own reward. A hive mind of about 30 NFL fans predicts the Lions will win Sunday.

The math here is pretty simple: The Lions score a ton of points, including 30 or more four times this season. That’s not a guarantee of victory — they lost one of those games to the New Orleans Saints 52-38 — but it does mean that, generally speaking, any team playing the Lions needs to be able to score too. And Chicago just doesn’t, barely averaging more than two touchdowns per game.

The hive mind likes Detroit to win here, though only with low confidence and 78 percent brainpower behind the prediction.

The hive mind likes the Lions to win by four to six points, with 80 percent brainpower behind that prediction. Vegas currently favors Detroit by three points.