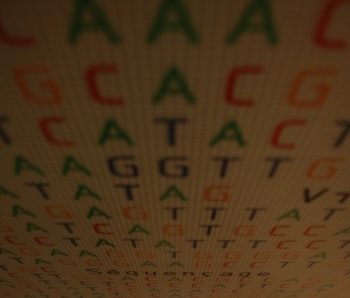 Over the past decade, almost one in five patent families for gene editing has come from China, according to a new Thomson Reuters analysis. Reuters also reports that China spent $191 billion in research and development between 2005 and 2013 — an estimate that places its science budget among the highest in the world.

Not only can China allocate impressive amounts of cash to research, it’s also able to throw its industrial bulk around in ways other countries can’t. As University of Manchester nanomedicine professor Kostas Kostarelos related, a bit off the cuff, at The Guardian: “for each floor refurbishment in Europe, a new building is built is China, and for each new building in Europe, a new campus is built in China …” Kostarelos concludes that the approach to scientific discourse in China isn’t necessarily worse (though he does take aim at the up to $30,000 bonus a researcher can get for publishing in a prestigious journal) though it is quite different.

Take, for instance, the use of CRISPR-Cas9. A current darling of genetecists worldwide, it’s a sort of CTRL-F/replace for DNA editing (on which Radiolab just did a fantastic explaination). It is, in the scheme of scientific tools, very easy to use. And, therefore, possibly abuse: In April, Sun Yat-sen University scientists announced they used the tool to tweak the HBB gene in 86 human embryos, a move that did not sit well with many researchers outside China. To Reuters, Robin Lovell-Badge at Britain’s National Institute for Medical Research dismissed the experiment, saying, “They’ve just done it first, and not very well.” The fact remains, however, that the work was done, and done in China.