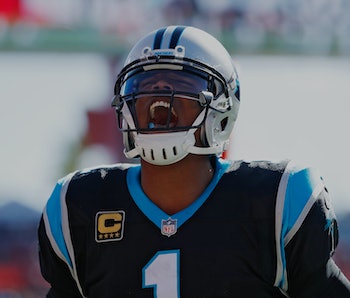 At least the Falcons no longer have to play anyone from the AFC East. (We’d say “at least not until the Super Bowl,” but that’s unspeakably cruel on a number of levels, and we apologize.) Atlanta lost consecutively to the Buffalo Bills, Miami Dolphins, and New England Patriots before finally breaking through against the New York Jets. The Carolina Panthers have had a relatively quiet march to 5-3, except for the fact almost all their success has been on the road. There’s a big recipe for weirdness here, basically.

The hive mind predicts the Panthers will win, though it’s not exactly certain. This is a low confidence pick with just 76 percent brainpower behind it.

The swarm likes the Panthers to win by 4-6 points, with 81 percent brainpower behind the choice. The Vegas line is actually Atlanta by 1.5 points, so this could be worth considering, but the original uncertainty that Carolina will win at all is cause for caution, according to Unanimous A.I.

More like this
Innovation
4 hours ago
“Quantum materials” could give the human brain a run for its money, scientists say
By Nathaniel Scharping
Innovation
8.5.2022 11:00 AM
Alexa could diagnose Alzheimer’s and other brain conditions — should it?
By Joanna Thompson
Mind and Body
7.27.2022 2:00 PM
Too hot to run outside? Sports scientists share 7 tips to break a sweat safely
By Ash Willmott, Justin Roberts, Oliver Gibson and The Conversation
Related Tags
Share: