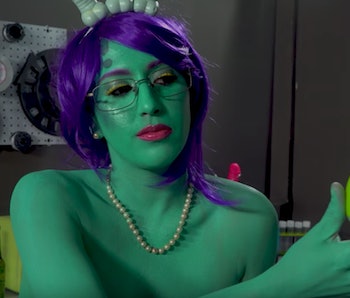 As seen in the trailer for Dick and Morty, the two actors portraying the titular characters try to recreate Rick’s gravelly voice and characteristic burps, as well as Morty’s stutter and constant use of the term “ah, jeez.”

More like this
Entertainment
7.27.2022 4:15 PM
Everything we know about Rick and Morty Season 6
By Corey Plante
Entertainment
8.1.2022 1:00 PM
Rick and Morty: Vindicators creator reveals the origin story we “need” next
By Jake Kleinman
Entertainment
23 hours ago
The real stars of Bullet Train deserved better
By Eric Francisco
Related Tags
Share: