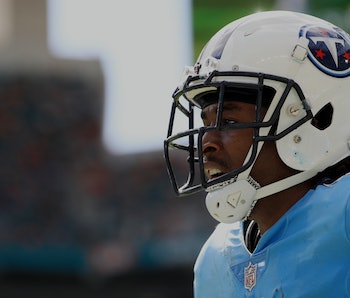 It’s not hard to see why the NFL schedule makers originally gave this game the coveted Monday night slot: Andrew Luck and Marcus Mariota, star quarterbacks of the AFC South, set to duel for supremacy. But with both injured and only Mariota with any shot of playing, this likely won’t have quite the fireworks originally hoped for. But who will emerge victorious? A hive mind of about NFL fans thinks the Titans will win.

While this was about the earliest Luck could have maybe come back from his shoulder injury — he started practicing with the team a week ago, albeit in limited situations — Colts coach Chuck Pagano ruled him out definitively early in the week. Marcus Mariota’s status is more up in the air, with it unclear how effective the third-year starter can be if he does play. With the team’s offense severely limited with him out in the past two weeks, it’s safe to say Tennessee needs him — or would against a team that itself isn’t as limited as the Colts.

All those lingering injury questions means there was no line available for this game, so just the straight-up pick will have to do. The swarm could only pick Tennessee with low confidence and 81 percent certainty, but a decent chunk of the dissenters were pulling toward the Titans with high confidence.

If you liked this article, check out this video of Bob Ross (and his happy little trees) as seen by Google’s DeepDream.

More like this
Innovation
Jan. 19, 2023
A robot choreographer reveals why M3GAN — and all robots — should dance
By Molly Glick
Entertainment
11 hours ago
Robert Zemeckis Has Found His Latest Tech Tool With AI De-Aging — And That’s Good
By Dais Johnston
Gear
12 hours ago
Why Mercedes-Benz’s Self-Driving Milestone is a Big Deal for Autonomous Cars
By Jackson Chen
LEARN SOMETHING NEW EVERY DAY.
Related Tags
Share: