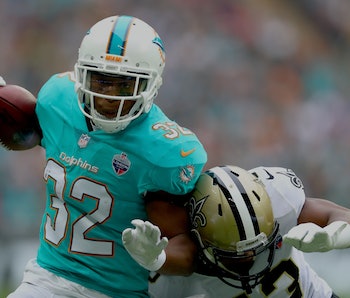 The Tennessee Titans’ promising season took a nightmare turn last week with an injury to quarterback Marcus Mariota during a 57-14 blowout loss to the Houston Texans. They look to get back on track without their signal caller against a mediocre Miami Dolphins team, and a hive mind of NFL fans thinks they will get that win Sunday, albeit with a lot of uncertainty.

The Dolphins are coming off a more measured blowout loss, a 20-0 defeat to the New Orleans Saints last week that dropped their record to 1-2. T

The swarm clearly favors the Titans with low confidence, but it never actually gets round to fully making up its mind. Consider this about the weakest Tennessee pick one could make.

At least the hive mind is a little more willing to roll with the Titans when picking against the spread, with 70 percent brainpower behind Tennessee winning by more than a field goal.