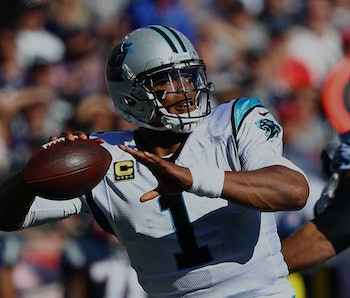 The Carolina Panthers notched the biggest win of their young season last week by knocking off the New England Patriots. The Detroit Lions are looking increasingly solid at 3-1. The latter has been enough to earn the respect of a hive mind of about 30 NFL fans, as it’s predicting the Lions will win at home Sunday.

Panthers quarterback Cam Newton made headlines for the wrong reasons this past week after making sexist comments to a female reporter. That definitely overshadows how good Newton looked in leading the Panthers to a 33-30 win over the Patriots. The Lions, for their part, haven’t necessarily had that one game where they seemed to put it all together, but three wins in four weeks is a solid start for them to build on as Matt Stafford and company keep figuring things out.

The swarm is behind the Lions with reservations. It’s a low confidence pick with just 76 percent brainpower, though you can see a decent chunk of that dissent is actually pulling toward the Lions with high confidence.

The Lions need to cover at least a field goal to cover the spread, and the swarm is actually slightly more behind Detroit to do that, with 80 percent brainpower behind the low confidence pick. Even then, best to consider this one pretty close to a toss-up.