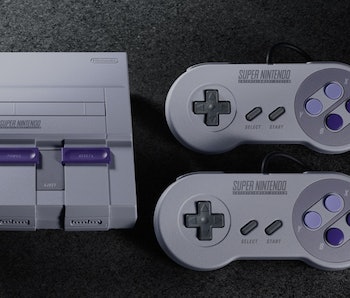 On Friday, Nintendo is going to take video game fans back to the ‘90s with the release of the Super NES Classic edition. The miniature version of the old-school console, which boasted iconic titles like Super Mario World and Donkey Kong Country, is a follow-up to the earlier re-release of Nintendo’s first system, the NES. If the wild demand for the NES Classic edition is anything to go by, snagging a Super NES Classic might be hard. But, if you are lucky enough to get one, here’s what you can look forward to.

The Super NES Classic, which runs for $79.99, comes pre-loaded with 20 of the best-known games from the SNES era. Included in the mix are several Mario titles, like Super Mario Kart and Yoshi’s Island, hectic shooter Contra III, and The Legend of Zelda: A Link to the Past. All of these games look and play the same as they did back in the ‘90s, but Nintendo has added a feature that allows for multiple save spots and the ability to rewind up to a minute of gameplay — helpful if you’re stuck on that one part of that one level.

Getting to play the original versions with added features like will sound like a dream come true for those excited to play the following games on the SNES Classic:

The Legend of Zelda: A Link to the Past