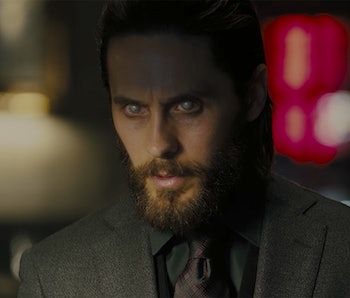 Jareth, king of the goblins and Ziggy Stardust himself, David Bowie, might have had plans to take over the world with Replicants. Blade Runner 2049 director Denis Villeneuve originally wanted the legendary singer for the role of the villainous Neander Wallace. Bowie’s tragic death in January 2016 changed everything.

“Our first thought [for the character] had been David Bowie, who had influenced Blade Runner in many ways,” Villeneuve originally told [Metro] back in July. “When we learned the sad news, we looked around for someone like that.”

Whispers of Bowie’s potential role in 2049 were making the rounds online again on Tuesday, most likely prompting another wave of mourning from Bowie’s legions of fans.

And that’s how the filmmakers alighted on Jared Leto, frontman of the band 30 Seconds to Mars and a method actor with a huge (albeit controversial) reputation. Leto portrays Neander Wallace in 2049, a megalomaniacal businessman who discovers some sort of key to humanity’s ultimate demise.

Wallace’s plot will bring together Blade Runners Rick Deckard (Harrison Ford) and Agent K (Ryan Gosling) as they attempt to foil his plan — whatever that might be.

More like this
Culture
8.3.2022 11:30 AM
10 years ago, the worst Philip K. Dick movie ever, pulled off something amazing
By Ryan Britt
Entertainment
8.10.2022 4:24 PM
The DCEU almost made Crisis on Infinite Earths — could it still happen?
By Eric Francisco
Entertainment
8.8.2022 3:17 PM
Westworld Season 4 is finally fixing the show’s original sin
By Ryan Britt
Share: