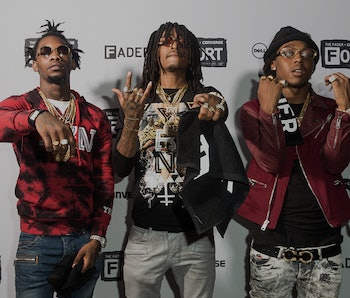 Bilal: In Another Life [June 30, Purpose/eOne]

Bilal revived his career with 2013’s The Love Surreal, one of the year’s best R&B releases. He looks to carry that momentum forward with his newest record. In it, Bilal teams up with Adrian Younge, who produced Ghostface Killah’s 2013 Twelve Reasons to Die.

Vince Staples’s Summertime ‘06 should be an effort of irresistible darkness. Staples writes true-to-life street raps, but his earworm hooks can catch even the most casual listener.

The G.O.O.D. Beats signee is releasing his first LP in six years. In that time, he has put out multiple EPs, collaborated with Lunice as TNGHT, and worked with Kanye West, most notably on Yeezus. For Lantern, though, Mohawke has taken a step back from the rap and EDM, promising a mellower record that is more true to himself.

Terius Nash (a.k.a. The-Dream) is a noted Prince revivalist. His upbeat tunes have an ‘80s flare that complements his falsetto. With Crown Jewel, however, Nash is planning more of a modern R&B album.

Originally scheduled for a June release, but delayed following some legal issues, Migos’ long-awaited debut album comes after a string of mixtapes and successful street-to-radio singles. The trio has crafted their own Migos Flow, a combination of shout rap and short-clip bars, but early single “One Time” finds the group experimenting with more melodic verses.

Method Man has stayed relatively quiet in recent years, which makes The Meth Lab an exciting return. His iconic voice sounds as fresh as ever. The Breaking Bad-themed trailer, in which (spoiler alert) Walter White has his brains knocked out with a hammer, only increases excitement.

Young Thug already released a strong album in 2015 with the controversial Barter 6. In Drake fashion, however, Thug is calling Barter a mixtape, promising a true “studio album,” HY!£UN35 (apparently pronounced “hi-tunes”). Always surprising, it’ll be exciting to see the direction in which Thug takes his official debut following a diverse series of post-Barter leaks.

Kanye really does not want us to know a thing about what SWISH (f.k.a. So Help Me God) will sound like. There’s the Auto-Tune “Only One” ballad to his daughter; there’s the acoustic affair “FourFiveSeconds” with Rihanna and Paul McCartney; there’s the street banger “All Day;” and there’s the sparse super-duper Auto-Tuned “Wolves.” After a groundbreaking album like Yeezus, even Kanye knows he needs something really special.

The fifth and final installment of Lil Wayne’s Tha Carter series was supposed to arrive last year. Then it got delayed. Then Lil Wayne sued Birdman. We’re still waiting for the album to drop, and we don’t know what label will have it, but from early singles “Believe Me” and “D’usse,” we do know that a Lil Waynaissance is on its way.

Timbaland has set the bar high for the Chicago singer/rapper, dubbing her the next Aaliyah. Early mixtapes showed Tink’s range as a straight-up R&B singer who could also hold her own on the mic; 2013’s Boss Up was an old-school-style mixtape that saw Tink successfully freestyling over popular beats. With a national audience on deck, Tink is proving her range is far beyond even the rap/R&B world, completely owning the Tazer-produced “Wet Dollars” dance track.