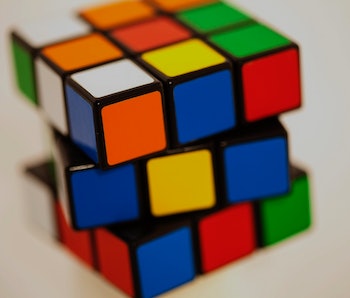 An underrated event of every child’s life is when they’re given their first Rubik’s Cube. The 3D combination puzzle is universally recognizable. There are no shortage of players, amateur and professional, wowing the rest of the world with a spectacular ability to beat the game in record times, with record speeds, using record strategies.

Ask the average person what the origin of the Rubik’s cube is, however, and you’ll likely get a shrug. The one place where that won’t happen is Budapest, its birthplace.

In 1974, Ernő Rubik, a Hungarian sculptor and architect created something he called the Magic Cube — a six-faced block of six different colors, with each side divided into a three-by-three grid, which can be spun around horizontally and vertically. The Magic Cube was a success in Hungary, and its plastic design prevented the contraption from falling apart easily the way other versions which used magnets did.

After licensing out the design to the Ideal Toy Corp in 1980, the toy was renamed to the Rubik’s Cube, in honor of its inventor, and would quickly become the world’s best-selling puzzle game. People went bananas over it.

The Rubik’s Cube’s popularity had its up and downs, but the early 21st century saw something of a revival. The advent of the internet allowed people to pull up videos of speed players and watch these virtuosos beat the cube in a matter of seconds, using very few turns. “Speed-cubing” tournaments became vogue, and spurred a resurgence in Rubik’s Cube sales.

So of course, Budapest retains something of a fond affection for the Rubik’s Cube. There are quite a few cube-inspired art installations dotting the city. Souvenir shops around Budapest usually possess at least a couple shelves of Rubik’s Cubes to sell to tourists and other passersby.

“It’s a fun thing for people,” a cashier at Paprika Market, billed as the “biggest souvenir shop in Budapest,” told me. “Especially for children. Many children play with Rubik’s Cubes.”

Still, Budapest isn’t just content with letting the original Rubik’s Cube permeate as a static plaything. Some other souvenir shops in the city, as well the Reflexshop toy store and the RubikStudio, sell variations of the original design in other 3D shapes and colors — adding a much more intrigue to the mix. Some cubes are more like picture puzzles — shaping up into a landscape photo or famous artwork when solved. There are tetrahedrons, octahedrons, and more. Rubik himself followed up his Cube with a Rubik’s Snake.

Still, the original six-sided cube has a long life ahead of it. “It’s a classic game,” a young Hungarian busking outside Paprika told me. “It cannot go away.”

More like this
Innovation
Sep. 21, 2022
Look: Drones could be the future of 3D-printed architecture
By Jennifer Walter
Innovation
Sep. 22, 2022
Trash can-sized robots could revolutionize how you travel — but there's a catch
By Molly Glick
Innovation
21 hours ago
Audio deepfakes are a major threat — here’s how researchers expose them
By Logan Blue, Patrick Traynor and The Conversation
Related Tags
Share: