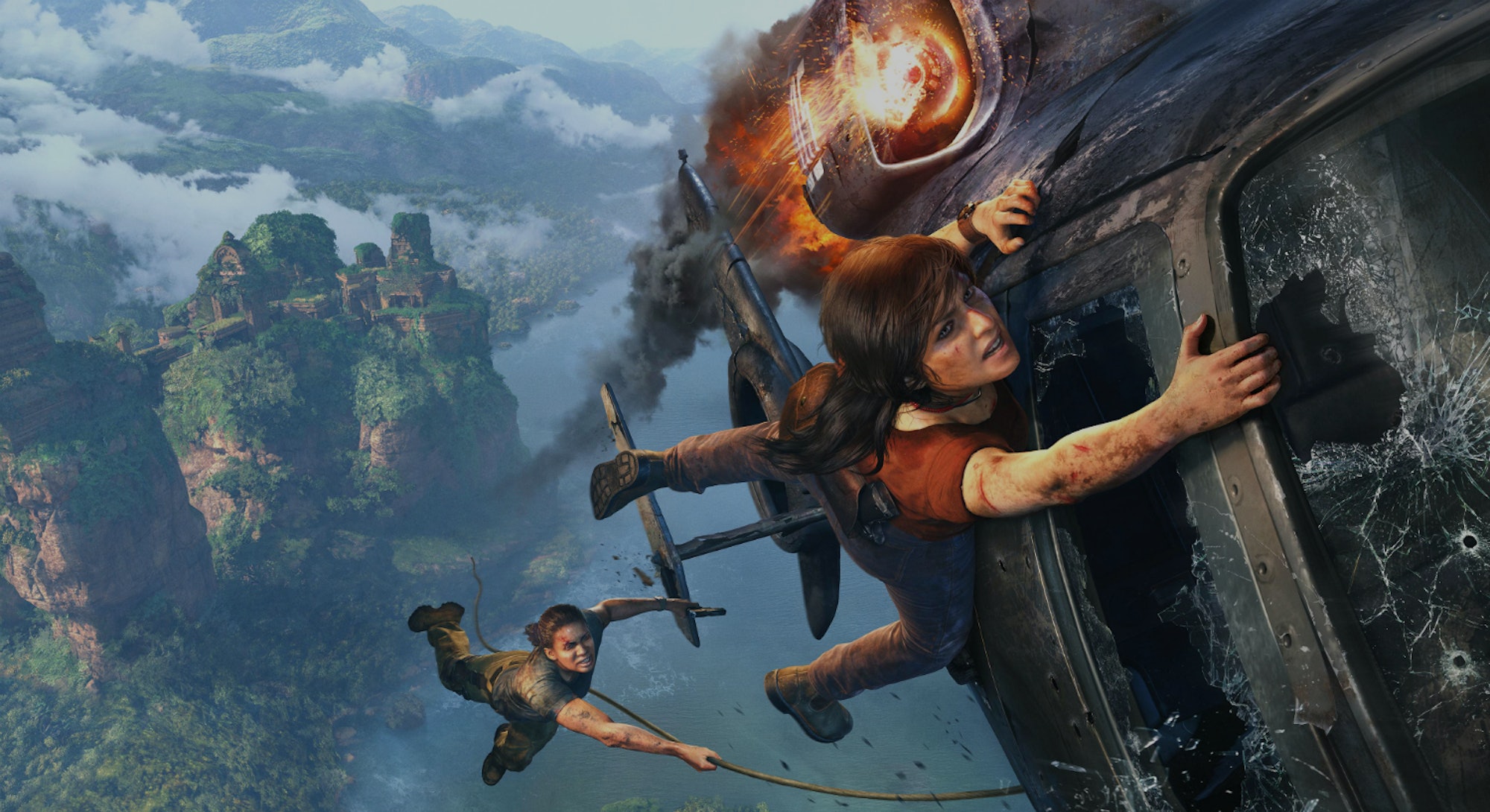 Naughty Dog’s Uncharted games are almost synonymous with Nathan Drake. After all, he’s been the franchise’s main character from the start. But that’s changing with the latest game in the series, Uncharted: The Lost Legacy. Set after Drake’s story ended in Uncharted 4: A Thief’s End, The Lost Legacy instead stars fan-favorites Chloe Frazer, a treasure hunter who was introduced in the second game, and Nadine Ross, a mercenary who made her debut as an antagonist in the fourth.

It’s a bold shift for a series with such an iconic main character, one that opens it up to a lot of interesting new narrative and gameplay opportunities. In anticipation of The Lost Legacy’s recent release, Inverse spoke to Kurt Margenau, game director, and Claudia Black, the actress who plays Chloe, to find out how the series moved on from Nathan Drake.

Deciding on Chloe and Nadine

While Nathan has been the character at the forefront of the Uncharted experience, Naughty Dog always surrounded him with complex and developed characters, which came in handy when it came time to switch protagonists. “I think we’ve always had that view of, we have these great characters and Nathan Drake has been the center of that universe. But everyone has their own favorite character,” Margenau said. “And when it came down to creating this new project, which we knew for sure wasn’t going to be anything with Nathan Drake, it was a chance for everyone to throw their idea out for what’s their favorite character’s story.”

After doing some story math — considering what characters would play off each other well, where and when it would make sense for the game to take place — the developer decided to focus on Chloe. A favorite even at the Naughty Dog, they relished the opportunity to place the character front and center after she sat out Uncharted 4. “Chloe’s kind of been on the backburner,” Margenau said. “Uncharted 4, there wasn’t a place for her in that story, so now this is our chance to bring her back to the forefront. Get her her own side character [by] bringing Nadine back in.”

The pairing of Chloe and Nadine represents a big departure from the character we’re used to following. Despite his status as a bonafide thief, Nathan Drake is, in the end, a hero with a heart of gold. But the same can’t be said for Nadine or Chloe who, at different points in the series, have turned their backs on their allies. The Lost Legacy’s protagonists still have their differences, though, and this confluence of personality traits made them the perfect team for this new entry in the Uncharted franchise.

“[Chloe’s] from the Nathan Drake world of thieves and crooks… And Nadine has had this more structured background, where she deals with these people too, but she’s run and she has a military structure to her like the way that she approaches things,” Margenau said. “So that contrast was really interesting. And then the fact that both are looking out for themselves first and that they have to work together was really great. That relationship is really the foundation of everything.”

With Uncharted 4 concluding Nathan’s story, the decision to not focus on him in The Lost Legacy seems it was always part of the plan. But Naughty Dog did entertain some kind of follow-up with the character. “We toyed around with some prequel stuff. There’s definitely gaps there that we haven’t see in Nate’s story,” Margenau said.

However, Naughty Dog ultimately decided to look elsewhere after considering the definitive end they had given Nate’s journey in Uncharted 4. As Margenau explained, “there was a sense of, ‘we kind of know where that’s going, though’. So any story we tell in this prequel, you’re just really kinda illuminating more about that character which we’ve completely shown, especially [in] Uncharted 4 … So it’s not as interesting as something that takes place after, something that is the result of Uncharted 4, where are these characters now.”

Changing up the typical Uncharted formula for The Lost Legacy turned out to be a crucial aspect of development. “It was just a like, ‘how do we get ourselves excited about making another Uncharted after we had just done Drake’s ultimate adventure, literally, and there’s people being very tired and needing some time to recuperate?’” Margenau said. “And I think that’s a big reason why we didn’t want to go with any of those well-known characters again. It was just, like, for ourselves we wanted something fresh. To get ourselves excited. ‘Cause to work on a game for a year — even a year, which is [a] much smaller cycle than Uncharted 4 — it’s still really hard and it’s a lot of work and you want to make sure that when you’re working on something that you’re really excited by it… Every single game we make we have to do something new because we’ll just get bored.”

Chloe as the Player Character

For Claudia Black, moving on from Nathan Drake was exciting, but it also meant she had to contend with the absences of people she had engaged with on the mo-cap stage before, the main way she had experienced the series. “I [missed] everybody, as I’m sure even — especially actually — the players will miss their beloved other Uncharted characters. So it might be odd for them, to not have Nate around… And it was odd for me to not have [Nolan North, who plays Nathan Drake] around,” Black said.

Being the main protagonist also gave Black an added sense of responsibility, which she had to conceal while playing the easygoing Chloe. “While my personal responsibility increased, I needed to make sure that Chloe’s attitude was still very cavalier,” Black said. “And the writers and the team creating it were very clear about who Chloe is to them, and so they were very good guardians of that. You know, making sure that they were stewarding in someone who could be interesting enough to lead the game but at the same time still be quintessentially Chloe.”

There aren’t too many franchises that decide to switch protagonists after a few entries in a series, and fewer still are received positively for the change (or at all). Which isn’t surprising. A lot of the appeal of a series comes from having a specific character or set of characters around, seeing them interact, and being invested in their stories. When those stories are over, it’s typically time to move on to another property. But if Naughty Dog’s approach to Uncharted: The Lost Legacy is any indication, they found at least two good reasons for audiences to stick around in the Uncharted universe, at least for one more adventure.