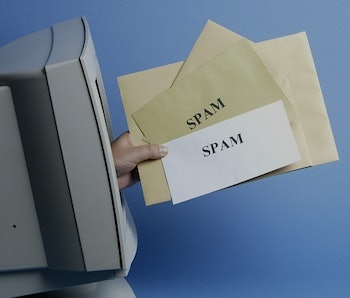 The new email service Wrte.io, which is still in beta, lets users charge people to email them. It’s simple as all get out: Create an account, set a value, and Wrte.io takes a small percentage of that as its fee. When someone emails a user at their @wrte.io address, they will receive an invoice charging them for the email. They can decide whether they want to pay or get better friends.

At first glance, Wrte.io seems both privacy-enhancing and exclusive. If you charge everyone to email you, then only the most necessary messages will go through. But, on second consideration, Wrte.io could actually become a boon to the gig economy. As it stands, anybody can email anyone else. There's little investment in that and the likelihood of receiving a response is correspondingly low. But if someone erects a paywall that isn't too high — let's say $10 — that person would know for goddam sure that the people who come calling aren't just playing the numbers.

While $10 isn’t nothing, it’s not a lot either, which makes it a not unreasonable amount if you want to email an expert. Experts deserve money for their expert thoughts. If Wrte.io can help create some micro-consultancies - it will need a guaranteed reply function to do this — then it can change the game. It’s not gonna change the whole game, but it will change some of it and get some smart people off the bench.

Wrte.io tops off its novel idea with a good sense of humor and a South Park reference in its sample emails.