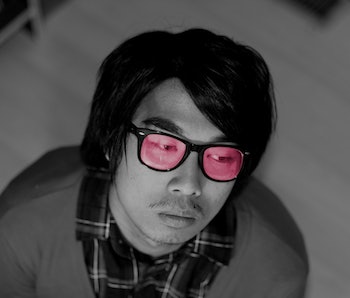 Pessimists probably think that they make less money than other people. And they're right. A new long-term scientific study of income and attitudes shows that negativity proves costly over the long haul. People's professional lives, it seems, are largely projections of their personal feelings about their professional lives.

“Cynical individuals are likely to lack the ability (or willingness) to rely on others and therefore face serious impairments in regard to living and working in a social world, which undermines their economic success,” German scientists [Olga Stavova and Daniel Ehlebracht]( http://www.psmag.com/business-economics/the-high-cost-of-cynicism?utm_source=feedburner&utm_medium=feed&utm_campaign=Feed:%20miller-mccune%2Fmain_feed%20(Pacific%20Standard%20-%20Main%20Feed) explained to Pacific Standard.

Additional studies revealed that, when examined over the course of nine years, the monthly income of optimistic people increased by $250. Cynical people, on the other hand, saw little to no movement in their bank accounts. Stavova and Ehlebracht did stipulate, however, that this only applies to the most civilized societies. In tougher societies with higher murder rates, cynicism was not found to be a detriment.

But those who drink from half-empty cups shouldn’t despair. Prior studies - and all of the personal experience in the damn world - prove that modifying your behavior and thought patterns is not only possible, but fairly easy. Guides like this can walk you through changing your ways with helpful suggestions like trying to laugh more and befriending optimists in the hopes that their happy will rub off on you. This is apparently a sort of financial fraud, but it's gonna be damn hard to prosecute.

More like this
Culture
Jan. 28, 2023
These 50 cool things for your home have fanatical Amazon reviews
By Christina X. Wood
Culture
Jan. 22, 2023
Shopping editors are calling these hidden gems on Amazon their most amazing finds of the year
By Cassandra Seale and BDG Commerce
Culture
Jan. 16, 2023
50 hidden gems on Amazon that seem expensive but are actually cheap as hell
By Christina X. Wood
LEARN SOMETHING NEW EVERY DAY.
Related Tags
Share: