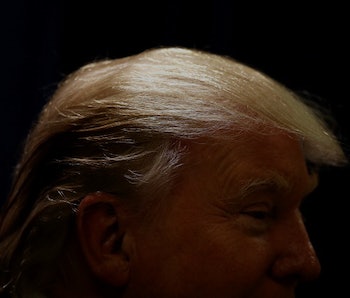 1. This Year’s Hurricane Season Will Be Below Normal

It has been 10 years since Hurricane Katrina clobbered the Gulf Coast, the deadliest natural disaster in American history. Hurricane Sandy (a.k.a. Superstorm Sandy, to weather sticklers) broke Brooklyn in 2012. Will we have to hunker in 2015? The National Oceanic and Atmospheric Administration’s Climate Prediction Center says to stay calm and keep chilling, because they anticipate a “below-normal” hurricane season this year. The Atlantic storm season — officially from June 1 to November 30 — has a 70 percent chance of remaining below normal, a 20 percent chance of near-normal, and a 10 percent chance of above-normal, but that doesn’t mean we’ll get off scot-free. Mother nature is a cruel mistress, and will probably throw some heavy storms our way to keep us in check. Over/under on the number of hurricanes this season: 4.

2. The Cleveland Cavaliers Will Win the NBA Championship

The Golden State Warriors haven’t won a championship in 40 years and have rarely been worth noticing since Chris Mullin tore up the court in his 1990s short shorts. But Steph Curry, Klay Thompson, and Steve Kerr tore through the league this year, on the way to a Finals run that looked unlikely at the start of the season. The Cleveland Cavaliers, on the other hand, have never won a title, having been lugged to the Finals now a second time by the best player in the universe. Before LeBron James rejoined the Cavs, Vegas gave Cleveland 60-to-1 odds to win the title. After King James clicked that SI story about coming back home, they immediately shot to 4-to-1. James is now in the hunt for his third ring in his fifth straight Finals appearance. The Warriors are the betting favorites now, but it’s still all eyes on LeBron. Odds the Cavaliers will win the NBA Championship: 2 to 1.

3. Sepp Blatter Will Not Complete His Final Term as FIFA President

Amid a firestorm of unprecedented corruption and scandal, FIFA president Sepp Blatter was reelected to the position for a fifth straight term last week, defeating his opponent, Jordanian Prince Ali Bin al-Hussein, 133 votes to 73. “For the next four years I will be in command of this boat called FIFA and we will bring it back ashore, we will bring it back to the beach,” Blatter declared, eliding the fact that he has already steered the boat straight into the cliffs. The boondoggles to put the World Cup in Brazil have turned the world’s second largest stadium into a bus parking lot. The body count to shoehorn the 2022 World Cup into 140-degree Qatar keeps rising. Blatter seems as unstoppable as he is unfazed, but the indictment of nearly all of FIFA’s top officials leads straight to Blatter's front door. He won't be able to postpone the inevitable for the duration of this term. Over/under on how long before Blatter gets indicted: six months.

4. LaGuardia Airport Will Shut Down

Nothing says “Welcome to New York!” like constant delays, decrepit terminals, and an ambiance that suggests a bus station and a Midwestern strip mall successfully mated in captivity. New Yorkers are so disenchanted with LaGuardia International Airport they’re proposing to put it out of its misery by shutting it down, diverting the savings to the area’s two other major airports, JFK and Newark-Liberty. Rip up the site’s 680 acres and build some affordable waterfront housing in Queens. Or let LGA live out its days as a small, private airport for non-commercial flights. This seems like a reasonable compromise, but then, not even 1-percenters want to fly out of La Guardia if they don’t have to. Odds that the Port Authority will shut down LaGuardia Airport in the next 30 years: 10 to 1

5. Donald Trump Will Win the Presidency in 2016

The Donald will announce “something” on June 16th, inevitably from high atop his gaudy Trump Tower headquarters in Mordor Manhattan. Maybe he's running for president? It won't matter. He'll never give up his lifetime appointment as king of the lowest common denominator. Percentage odds that Trump will win the Presidency in 2016: 0 percent

More like this
Science
9 hours ago
'Gifted' dogs may share this one personality trait. Does your dog have it?
By Tara Yarlagadda
Science
3 hours ago
Do aliens exist? Jupiter’s moon Europa could hold the answer
By LAURENCE TOGNETTI and Universe Today
Science
1 hour ago
Ancient lore reveals how warriors manipulated their enemy’s senses in battle
By Adrienne Mayor and The Conversation
Share: