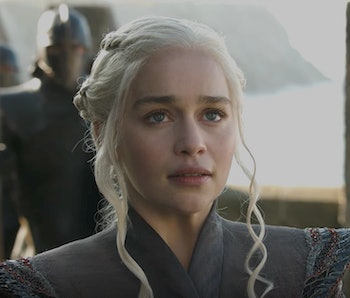 The season premiere of Game of Thrones aired Sunday night on HBO, but on-demand fans were left less than satisfied as technical issues plagued HBO Go, the network’s live streaming service. The first episode of the seventh season, which will only consist of seven episodes unlike the ten-episode seasons that preceded, was highly anticipated by fans as the show continues on its original path with material not found in the existing books. But while the series has earned its name as a high-production fantasy thriller, streaming fans on Twitter weren’t quite as thrilled.

“Really HBO,” said Twitter user Fiona Gallagher. “You really weren’t prepared for everybody and their mom to be on HBO Go for this premiere when this has happened before? Typical.”

“I have waited over a year for Game of Thrones,” said Twitter user Autumn Brown “And now HBO is not working. 2017, slayer of my dreams.”

The effects were felt across the internet. Fans from the United States, Mexico, Uruguay, Argentina, Chile, Brazil and the Dominican Republic all reported issues streaming the show after its premiere. DownDetector.com, which tracks user-submitted reports when websites are experiencing issues, logged a spike in reports at around 10 p.m. Eastern time:

Although the episode started airing at 9 p.m. Eastern, the issues arose about an hour later. The likely explanation is the issues were caused by a spike in traffic, and fans were accessing the HBO Go service immediately after the show had finished as that’s typically when the network makes each episode available for online streaming.

Most of the reports were clustered around the 10 p.m. mark, but it wasn’t until around 1 a.m. that reports began to slow down and normal service resumed.

Some had already anticipated the app would fail under the pressure. Indeed, within fan communities HBO Go has earned itself a reputation as an unreliable way to stream Game of Thrones on big viewing nights.

“I use the HBO Go app to watch stuff,” said Reddit user throwhboaway in a post hours before the season premiere. “But with shows as big as GoT, the HBO Go app is usually horribly slow on the night new episodes air and it freezes constantly and ruins your viewing.”

“Agree — the Go app is trash on big viewing nights, though fine the next day,” responded Reddit user rjm5109.

Inverse has reached out to HBO for comment on the issue.

More like this
Entertainment
7.31.2022 12:00 PM
'House of the Dragon' will obliterate one annoying 'Game of Thrones' rule
By Alex Welch
Entertainment
8.8.2022 3:17 PM
Westworld Season 4 is finally fixing the show’s original sin
By Ryan Britt
Entertainment
8.4.2022 4:14 PM
53 sci-fi and DC shows and movies on HBO Max you need to watch ASAP
By Jake Kleinman, Eric Francisco and Ryan Britt
Share: