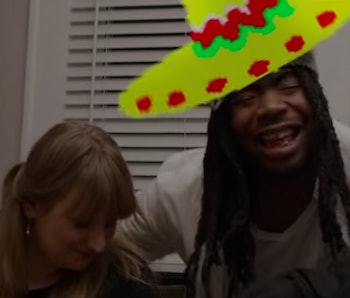 This is Virginia rapper and singer D.R.A.M. This is his song "Cha Cha", which appeared on his #1EpicSummer EP that he released in March.

As if "Cha Cha" wasn't enough to lock down the summer for D.R.A.M., this happened: