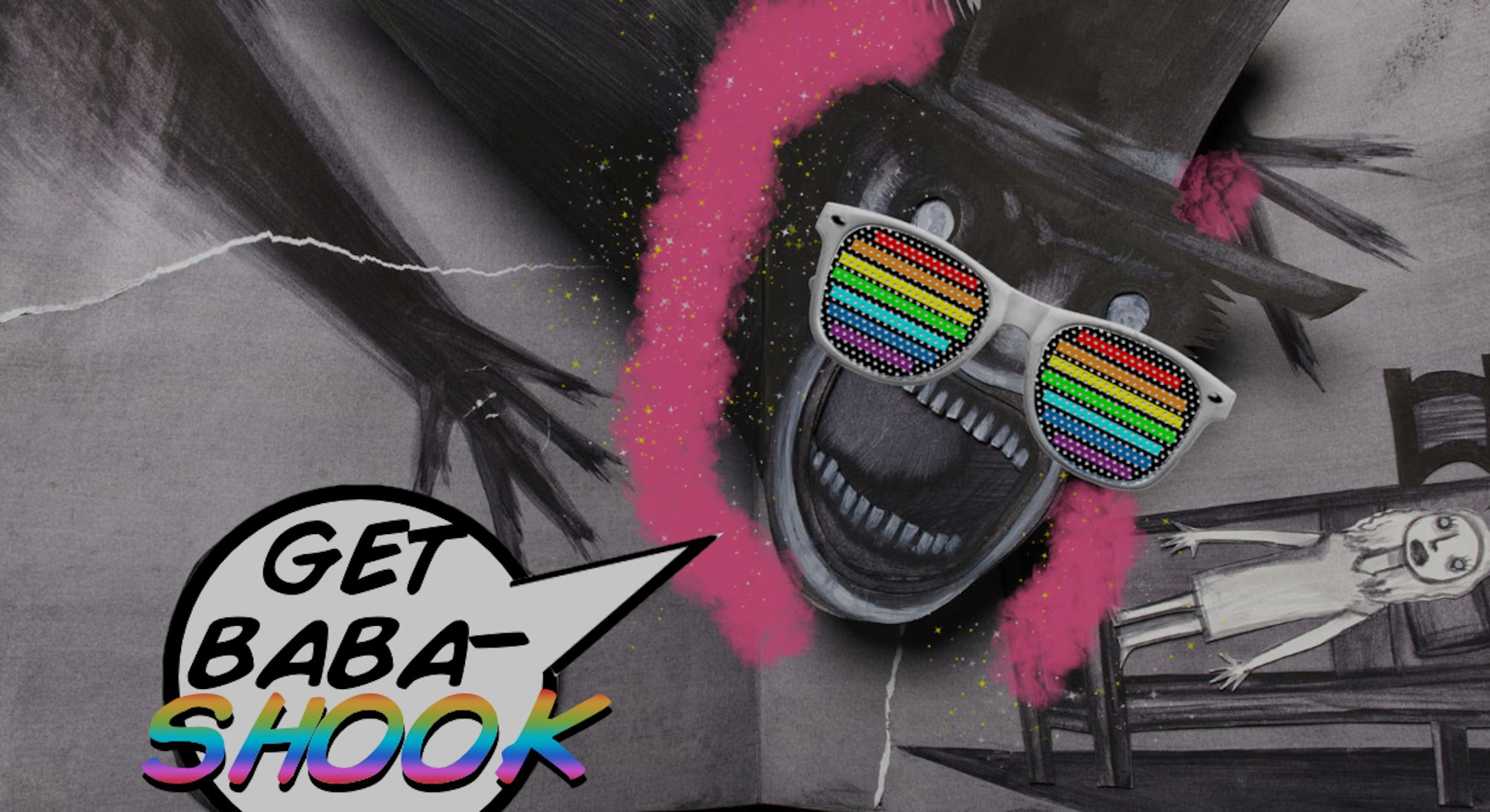 The Babadook, the villain in a 2014 Australian film, has come a long way from eating bugs in the basement of a single mother’s home in Australia. He’s out there, fighting the good fight, draped in feather boas and donning rainbow suspenders, marching in Pride parades. The Babadook is “one thicc bih” and the internet is not here for your slander against him or his status as a queer icon.

Pride 2017 has been bombarded with what people are simply calling the “Babadook is gay” meme. Maybe unsurprisingly, this wonderful weirdness originated on Tumblr, an online stronghold and blog collective perhaps best known for being a bit of a cesspool of tears, fanwork, infighting, and imaginary bullshit. The more familiar you are with Tumblr, the more the Babadook meme makes perfect sense.

But before we get into how, exactly, the Babadook became a gay icon and tell you what the meme’s creator, Tumblr user ianstagram, told Inverse, we’re going to take a pause for those of you who are completely lost. Hold on to your top hats.

First off, what the hell is a Babadook?

Short answer: it’s a demon that represents a person’s struggle with depression. Long answer: The Babadook is a 2014 Australian psychological horror film written and directed by Jennifer Kent which ended up being a huge indie hit after its American premiere at the 2014 Sundance Film Festival. It follows the story of a widowed mother, Amelia, and her bratty son, Samuel. They unknowingly release a humanoid demon, the Babadook, from a pop-up children’s story book and it begins to utterly ruin their lives, causing seizures, possessing Jennifer, killing their dog, and driving them mad.

The movie ends on an unexpected note, with Amelia standing up to the Babadook and driving it into the basement, where it ends up staying and acting as an odd sort of pet for the family. Amelia and Samuel dig up earthworms in the garden to feed the Babadook, who seems thoroughly kowtowed by Amelia. The metaphor, of course, is that grief never leaves you, though you can learn to live with it.

Maybe it’s the weirdness of the film’s finale that really lends toward the “Babadook is gay” meme working without making sense. Or perhaps it’s because the queer community is still searching for representation in contemporary media, so choosing a truly ridiculous image to rally behind is a commentary on the desperate quest.

It’s a joke. But queer people everywhere have resonated with this joke to the point where genuine emotion seems embedded in the creation of queer Babadook art. Some queer people online are actually relating to the Babadook as a social pariah.

Inverse spoke with Tumblr user ianstagram, a 24-year-old Bostonian named Ian, via email to get to the bottom of this meme.

In October 2016, over two years after The Babadook first premiered, Ian made a text post on his blog: “Whenever someone says the Babadook isn’t openly gay it’s like?? Did you even watch the movie???”

Ian says that he thought of the joke off-handly one night while he was walking to class. The original post on Tumblr, which currently sits at about 92,000 notes (the Tumblr equivalent of “likes” on a tweet or Facebook post), really took off “when bloggers who were presumably heterosexual got really upset at the notion that someone would call a horror movie monster gay.”

Other Tumblr users hopped on to Ian’s text post in defense of the Babadook being “a man who fearlessly and proudly loved other men in spite of a society telling him that his love was wrong.” Which, of course, only confused and enraged dissenters and trolls even more. The joke grew so big on Tumblr that screenshots of the original post made their way to Twitter. “My new favorite Tumblr meme is insisting that The Babadook is gay,” one tweet from February said.

Using a breed of humor best put to use on sites such as Tumblr and Twitter, characterized by the dogged insistence of something ridiculous and illogical, especially when faced with evidence to the contrary, Ian unknowingly sparked a Babadook revolution.

Over the next few months, the meme made its rounds at the usual pace, sticking mostly to Tumblr but jumping to Twitter occasionally as well. Then came Pride.

Ian says that his original post and the “Babadook is gay” concept really took off over the past couple of weeks, which would coincide with preparation for Pride Month. Suddenly, the Babadook was everywhere, donning his top hat and brandishing a toothy grin while waving a pride flag in fanart.

“I think a lot of the humor lies in the fact that queer folks are underrepresented in media,” Ian said. So he just grabbed onto “the most absurd example I could find.”

Ian says he hopes to witness Babadook getups at Pride parades throughout the month of June (he’ll be attending Boston Pride on Saturday). And despite not having personally witnessed any Babadook dress, he says a friend of his, Instagram user missysteak, dressed in Babadook drag for a show recently.

In a further attempt to get to the bottom of the “Babadiscourse,” Inverse reached out to The Babadook writer and director Jennifer Kent, and heard back from her manager, Gary Ungar, who has been, apparently, inundated with requests to speak with Kent from various media outlets. As of the writing of this story, Kent is “in production in a remote part of Australia and very hard to reach.”

But, for now, the internet will remain Babashook. Happy Pride!