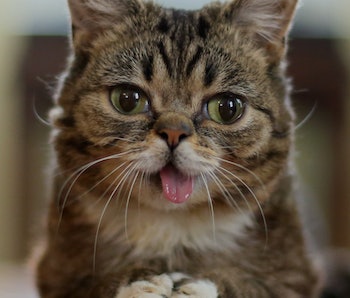 The strangest fact about the house cat is that it is barely a domesticated animal at all. While cats have co-existed with humans for perhaps 10,000 years, we’ve mostly failed to bend them to our will. Genetically, a house cat and a wild cat are very similar — much closer than a wolf and a dog are, actually. We don’t use cats for meat or labor, they’re not great for protection, and even as companions they seem to demand affection rather than offer it. House cats even look wild — besides size there isn’t much distinction in the body shape of a tabby and a leopard.

But it could be that cats are simply mid-trajectory in our domestication of them; given enough time, we’ll see house cats as distinct in looks and temperament as a Chihuahua and a mastiff. This is a theme that Abigail Tucker explores in her recent book, The Lion in the Living Room, which traces the past, present, and futures of the common cat. Here are three potential trajectories for diversification that could produce some very unfamiliar feline forms.

Search a list of the most famous internet cats and you’ll notice a trend — a great deal of them have genetic conditions that make them look weird and make us go “aww.” Grumpy Cat doesn’t frown because she’s sad, she frowns because she has feline dwarfism, which sets her jowls in a permanent scowl. Lil Bub has a whole slew of genetic mutations that make her a total, adorable mess. She has a shortened snout and no teeth, and the combination means that her tongue is always outside of her mouth. It seems her bones grew too quickly during her development, which left her misshapen and ironically tiny.

These animals are genetically unfit in the Darwinian sense. In the wild, they almost certainly wouldn’t survive. But in captivity, these creatures have a chance at life because of the way they make us feel, the way they make us want to take care of them. What is unfit in nature becomes fit in our homes. There will likely be more maladaptive mutants in the future precisely these cats tug at our heartstrings, and occasionally make their owners rich and famous-by-association.

Some cat breeders are obsessed with the idea of creating something that lives in your house but looks like a jungle cat — the ultimate symbol of taming the wild. To achieve this, they are crossing wild cats with house cats to create hybrids that are as controversial as they are beautiful. Some states have banned these animals, officially categorizing them as wild animals. But in some circles they are revered as status symbols, fetching up to $30,000 for a single animal.

One of the oldest hybrids is the Bengal, which was originally crossed with Asian leopard cat. A more recent example is the Savannah, which is an African serval hybrid. With any of these cats, buyers should be aware of potential issues, including the legal, ethical, and practical. It typically takes several generations after the initial hybridization to come up with something tame enough to be called a pet, and even then you’re still looking at something significantly wilder and typically larger than a common kitty. The more they look like their wild counterparts, the more highly they will be prized as status symbols, and the more likely they will be to kill your other pets and maim your children.

One of the side effects of the wild nature of house cats is that they can typically get along fine, with or without humans. The result is that feral cats have colonized pretty much every spot on the planet where there are people. These re-wilded animals do well, often too well, eating up local birds and small mammals to the point of extinction. Australia has it particularly tough — with no native cats on the continent, local wildlife lack an instinctual fear of feline predators.

There are persistent rumors in Australia and elsewhere of feral cat populations that have grown to enormous size. And while some of the myth still lives the realm of cryptozoology, there’s good evidence to support that some feral cat populations are evolving back into something closer to their wild counterparts. And why not? Population genetics can change surprisingly quickly under the right pressures of natural selection, and ecosystems with abundant prey tend to select for larger predators. Feral cat populations often get fed twice — from hunting but also from human donations and scraps. The future of feral cats might very well include something that looks like cougar-sized house pet.

More like this
Science
11 hours ago
Are coyotes dangerous to dogs and cats? Here’s how to keep your pets safe
By Tara Yarlagadda
Science
Jan. 21, 2023
Plague study complicates a commonly held belief about the Black Death
By Samuel Cohn, Philip Slavin and The Conversation
Science
Jan. 17, 2023
Why can’t I understand my dog? Recent research may offer an answer
By Tara Yarlagadda
LEARN SOMETHING NEW EVERY DAY.
Related Tags
Share: