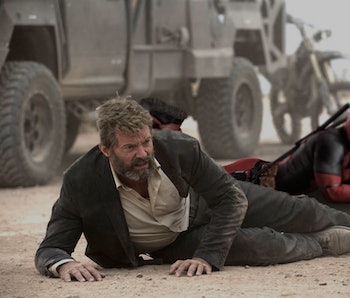 The Wolverine very recently changed a lot of people’s minds about what it means to be in a superhero movie with 2017’s Logan. The film was lauded by critics and fans alike for defying genre conventions in a culture besotted with, yet totally overwhelmed by, the current superhero zeitgeist. But a recent, popular YouTube video examines exactly what makes Logan so special, and a lot of it has to do with the Merc with a Mouth paving the way.

A video posted on Wednesday from YouTube user Nerdwriter1, “Logan: Superhero Movies Get Old,” breaks down the overwhelming love for Logan’s “genre-defying” themes using classic interpretations of genre films from John Cawelti, best known for his definitive work with the spy and western genres. Specifically, Nerdwriter1 uses a famous essay of Cawelti’s on genre transformation as a “rubric for what’s happening in Logan.”

“Cawelti is basically interested in what occurs when genre conventions become so well-known that the audience demands something new,” the narrator says in the video. According to Cawelti, there are four forms of genre change: humorous burlesque, evocation of nostalgia, demythologization, and reaffirmation of myth.

Essentially, to convince the world to be cool with Logan, Deadpool had to pave the way with the simplest form of change, humorous burlesque, which is a fancy way of saying “over-the-top parody.” Deadpool, the video argues, paved the way for Logan because it introduced the world to the idea that it was okay for superhero movies to be different from what we all expect.

Deadpool is a burlesque “through and through.”

The next form of genre change, evocation of nostalgia, updates “tried and true storylines with contemporary elements — they make the audience aware of the relationship between past and present.” Demythologization stories, the most complicated theory, “subject popular myths and conventions to a reality that undercuts and exposes them as inadequate or even harmful.” Finally, the reaffirmation of myth story “subverts genre like the demythologization film but, in the end, chooses to reaffirm the myth not as something that’s real but as something that we need to believe.”

Logan, the video insists, “is an attempt to interrogate the contours of that myth to see if there are any interesting directions left for it to go.”

That’s where the evocation of nostalgia comes in as Logan connects past and present, figuring out how the hell the X-Men universe got to this point while updating it with some very present themes. The demythologization comes in with Logan’s R rating, where Hugh Jackman and director James Mangold “show a type of visceral brutality that complicates the heroics of Logan’s past,” as well as the other X-Men and, frankly, all superheroes. The reaffirmation of myth is completely tied up in Logan’s last run through the woods as he saves Laura and her mutant friends, even after having already exposed the “myth” of the superhero as inadequate.

The video ends with the question of whether or not the superhero genre is “mature enough” to continue on with this trend of subversive films, saying, “The movie itself is a conversation between nostalgia for this genre and our increasing frustration with its limits.”

As the narrator points out, he’s just excited to see how the superhero genre continues to grow and define itself over time, and to see how long it will last in popular culture. That’s still to be determined, but it is definitely exciting, especially if we have more Logans to look forward to.