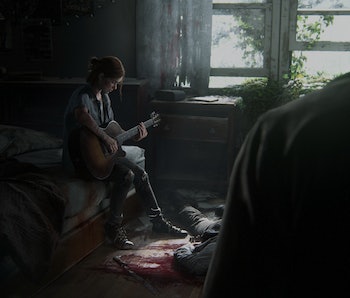 With June just over the horizon, gamers from around the world are preparing themselves for a week of video game announcements and demonstrations coming from publishers attending the Electronics Entertainment Expo. More commonly known by the video game community as E3, the annual trade show has been on shaky ground for the last few years due to leading publishers like Electronic Arts and Nintendo opting to host their own events, or pull out of the event, in favor of running a live broadcast of their own. But, that hasn’t stopped E3 from getting gamers excited every year, remaining the flagship when it comes to video game announcements and gameplay reveals.

This year, E3 is following one of the strongest opening quarters in video games, one which restored our faith in Resident Evil with the new direction of Resident Evil 7, introduced a brave and beautiful new world with Horizon Zero Dawn, and brought the classic kingdom of Hyrule to modern hardware with The Legend of Zelda: Breath of the Wild. Now the question is, where do we go from here, if any of these games have anything to say about it. It looks like things are going to get better.

Here’s a list of the most anticipated titles coming to E3 in June, as well as rumored titles we’re hoping will make their debut.

Even though the gameplay reveal for Destiny 2 will be coming up before E3, odds are Bungie will bring the game to the big stage during Sony’s E3 press conference to highlight some of the exclusive content players will receive on the PlayStation 4. Either way, we’re excited to see more about the next version of the game and if it improves on Destiny’s major weaknesses.

Revealed during a short event held by Activision this April, Call of Duty is officially returning to its roots with boots on the ground in the next World War II game developed by Sledgehammer Games. For the first time in nearly 10 years, players will be storming the beaches of Normandy and fighting through the European theater of war in a Call of Duty game — which gamers will hopefully get to experience first-hand during a demo at this year’s E3.

Nearly every aspect surrounding Uncharted’s next installment feels like a bold new direction to go, especially because Lost Legacy will be the first time Naughty Dog hasn’t featured Nathan Drake as the main character. Instead, players will step into the shoes of Chloe for an all-new standalone adventure with Nadine, and we couldn’t be more excited to see what the game’s bigger focus on stealth and melee combat will bring to the table.

Revealed early this March, Middle-earth: Shadow of War is the sequel to 2014’s Middle-earth: Shadow of Mordor, and features a plethora of changes that bring the customization of role-playing experiences like The Witcher 3: Wild Hunt and Fallout 4 to Monolith Productions’ Lord of the Rings adaption. With a whole new world to explore, armies to lead, and a completely revamped nemesis system, Shadow of War is a title we can’t wait to see more of at this year’s E3.

If there’s one series every single gamer is hoping to see make its way to Nintendo’s new console, it’s Pokémon. Since Pokémon Sun and Moon’s director Shigeru Ohmori spoke about the potential of a Pokémon game coming to the Switch, fans have been clamoring for more information regarding the title. So far, we’ve seen rumors of a version of Pokémon Sun and Moon coming to the Switch, and job listings at Game Freak for an RPG title — which may culminate into a new Pokémon adventure from Nintendo around E3 this year.

Already confirmed for release on both the Xbox One and PlayStation 4 this fall, Red Dead Redemption 2 is a game we know little about, coming from Rockstar Games following their work on Grand Theft Auto V. While Rockstar could release the game without putting out another trailer or demo based on the success of Red Dead Redemption, it’ll be interesting to see if the publisher brings any details regarding the sequel’s plot or characters forward this year at E3.

Revealed last year at E3, Hideo Kojima’s next game project is already becoming one of the most interesting projects of the last few years. With stars like Norman Reedus and Mads Mikkelsen at the helm, and Sony stepping in to secure exclusivity rights by offering Kojima Productions the ability to use Horizon Zero Dawn’s Decima Engine, Death Stranding is shaping up to be a beautiful and mysterious project many gamers are hoping to see gameplay from on Sony’s E3 stage.

The Last of Us Part II

Originally announced at the PlayStation Experience in December, The Last of Us Part II is the sequel nobody from the gaming community was expecting to see from Naughty Dog. Serving as a direct extension of 2013’s The Last of Us, from a narrative standpoint, the game takes place five years later, where Ellie and Joel are still fighting to survive. This time around, players will control Ellie, which we’ll hopefully see some gameplay footage of at E3 this year.