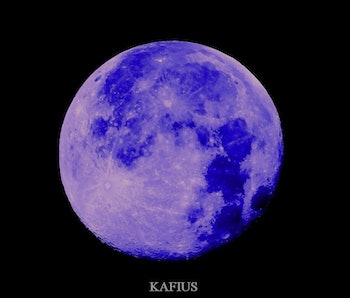 Few full moons are quite as beautiful as the Flower Moon. Tonight, (Wednesday, May 10) at 5:42 p.m. Eastern time, the moon will rise, shining faintly for the casual observer on their way home from work. Though everybody in the Northern Hemisphere won’t be able to see the moon in full peak, if you are on the East Coast, the best time to observe is around 8 p.m, when the sun sets.

Why It’s Called the “Flower Moon”

The Native Americans have a name for every full moon of the year. Last month’s was the Pink Moon, which symbolized the coming of spring. May’s full moon is known as the Flower Moon because it rises when flowers are beginning to bloom and blossom.

Ojibwe tribes of the Great Lakes named it the Flower Moon or “Waawaaskone Giizis.” The Ontario Native Women’s Association says this is when the plants display their spirit sides and it is a time of spiritual exploration. The moon is also a sign of health and rejuvenation, specifically because the plants have healing medicines that become available when the plants blossom.

Sure enough, this moon is right on time, as even the trees are sprouting foliage right about now. It is also believed to be a time of fertility and a good time to bear children as the months get warmer.

How and When to See the “Full Flower Moon”

During this full moon, the moon will be in the sky for a shorter period of time than the sun because the moon is running below the celestial equator, so it has a shorter path and makes quicker rotations around Earth. In fact, it will only spend about ten hours in the horizon.

Appearance-wise, the Flower Moon will be larger because it is closer to the horizon. And because it isn’t crossing paths with any planets or nearby stars, it will stand out brighter than usual.

More like this
Science
Jan. 22, 2023
You need to explore this amazing map of the Milky Way
By Kiona Smith
Science
Jan. 31, 2023
NASA Finds the Culprit Behind a Webb Telescope Malfunction: Powerful Cosmic Rays
By Doris Elín Urrutia
Science
3 hours ago
Astronomers Find a Supernova Runt — and Discover an Unexpected Origin
By Jon Kelvey
LEARN SOMETHING NEW EVERY DAY.
Related Tags
Share: