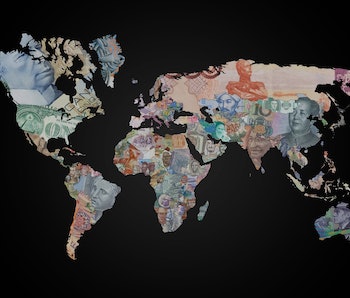 Google has dropped a big hint about how Google Maps will make money in the future, with the growth of augmented reality offering new ways for the company to play a role in users’ lives. In a call on Thursday, CEO Sundar Pichai told investors that 12 years after first launching, Google Maps is still growing, and that’s good news for making money.

“Maps is an integral part of your mobile phone, and as users get more interested in the real world around them with A.R. and so on, I think Maps will continue to play a bigger role.” Pichai told an investment analyst. “It’s already impacting monetization very significantly for us with local search.”

One feature that users may already notice is localized search results. As an example, searching for “car wash” on mobile devices will bring up nearby businesses. Advertisers can pay to have their listings featured more prominently in map results, and this represents an opportunity for Google to capitalize.

“If you open Google Maps, you’re traveling or you’re out on a Friday evening, we start surfacing a lot more interesting information about what you can do, places to eat, and so on,” Pichai said. “Those are beginning to get good feedback from users, and I think that gives us an opportunity to add value there over time as well.”

Google Maps is still growing, especially in emerging markets. Smartphones in general have found growth in these areas, particularly as many people in countries like the United States already own smartphones. Because Google Maps is integrated with the Android operating system, this growth in phone sales represents a big chance for the company to hook a new group of consumers onto its mapping service.

But it’s not just emerging markets that could lead to increased growth. Pichai noted that augmented reality — which overlays computer-generated visuals onto the real world — means people are taking more of an interest in using devices to interact with the world around them. Augmented reality can take the form of smartphone apps, like Pokémon Go or Snapchat, but there’s also the opportunity for new devices like the HoloLens or Google Glass.

Augmented reality could lead to consumers integrating mapping apps with their daily routines more so than they do now. What if you could look down the street and see a visual representation of each business and its star ratings? Companies could pay big money to get in front of your eyeballs faster than ever.

More like this
Gear
Jan. 19, 2023
Why Apple's rumored smart display could be doomed from the start
By James Pero
Gear
Jan. 27, 2023
Audi’s EV concept uses mixed reality to make your adventures easier
By Jackson Chen
Gear
Jan. 23, 2023
Why Microsoft thinks ChatGPT (and not the metaverse) is its future
By Ian Carlos Campbell
LEARN SOMETHING NEW EVERY DAY.
Related Tags
Share: