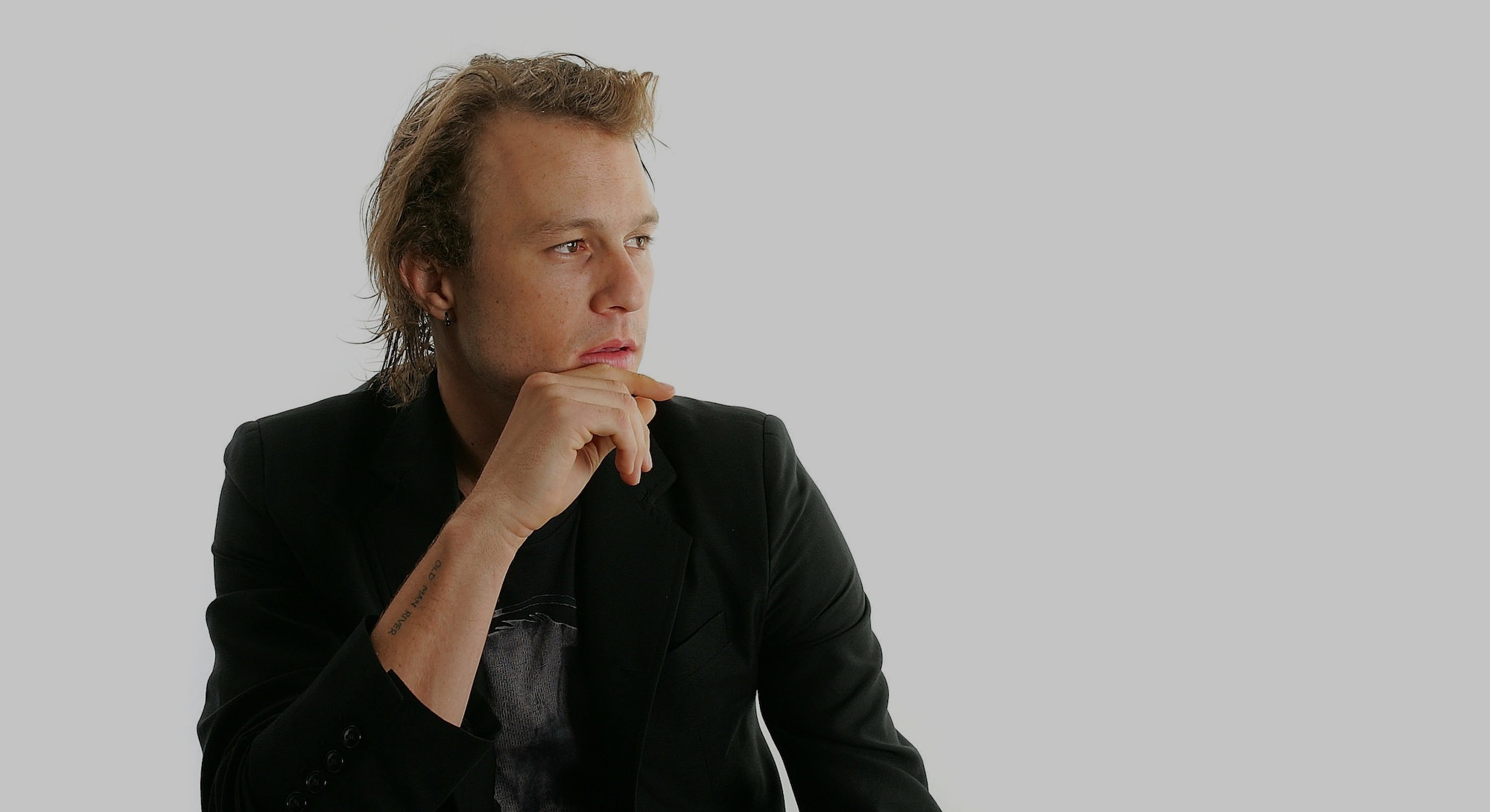 Heath Ledger is on a mission to vanquish the “evil super villains” outside his hotel room. He’s controlling the camera, goofing around, and, honestly, the effect is a bit nauseating as he whisks you down a few hallways. He turns the camera, staring you down with that steady, dark gaze in a moment of silence outside the elevator. His face is flushed, he’s breathing hard, blonde curls are flying, and it’s nearly impossible to keep in mind that he’s gone.

This moment, captured in Ledger’s personal video collection, is one of the opening scenes in I Am Heath Ledger, a documentary that premiered this week at the Tribeca Film Festival. The film is the final product of an 11-month endeavor the directors embarked on to explore Ledger’s life and legacy alongside his closest friends and family after his unexpected death. Ledger died on January 22, 2008, and while many fans have presumed over the years that it was his Academy Award-winning role as the Joker in The Dark Knight that led to his death, I Am Heath Ledger sets the record straight.

Inverse spoke with directors Adrian Buitenhuis and Derik Murray, as well as Ledger’s long-time friend Matt Amato the day after I Am Heath Ledger’s Tribeca Film Festival premiere about Ledger’s love, his soul, and the time he told someone to fuck off by forcing them to buy a $10,000 bottle of wine.

How much personal footage did you have from Heath Ledger’s stash?

Buitenhuis: Hours and hours and hours and hours. And it also came in from the community. The influence behind that was Matt and his relationship with Heath in The Masses. And not only the great work that the two of them did together, but the music videos and envisioning what their film career would be together.

And also the content that Matt was archiving from Heath where Heath explored the use of cameras in his own photography.

Murray: There’s a lot of beautiful stuff of Heath that won’t be shown in this film, which is important to talk about as well. It was amazing to have that as a resource, and that was basically at the center of making this film. A lot of the time, we’d do an interview and then we would get a new piece of Heath footage, and it would totally compliment what someone had said. We felt like we [were] making the right film and telling the proper story because the evidence [was] coming in to support it.

Buitenhuis: We said this many times in the edit suite: In many ways, Heath was a director helping to shape this film. He definitely has that credit, and I think his vision of the world is richly portrayed in this movie.

The film focuses a lot on Ledger’s passion for directing and his artistic eye. What do you think he’d have to say about I Am Heath Ledger?

Amato: He would probably appreciate the love and the care and his people that are in it. I’m sure he would love to see their faces, because he loved us a lot.

But as far as a movie about himself, he would probably hate it, you know? Like, I wouldn’t want to see a movie about myself. But he was a public figure, and there’s been a lot of crap out there about him. This was the chance to make some corrections, to set it right a little bit. And I trusted [Murray and Buitenhuis] that they would go along with that, that they would respect everybody all the way through, and to see them interact with the family was really a beautiful thing. I learned things about them.

He would love it because his family loves it. And they are a grieving family, and that’s a hard thing to live with every day. But as far as watching a movie about himself, he wouldn’t want to be there, sitting there.

What will audiences learn about Heath Ledger?

Murray: Well, there’s nothing that will be shoved aside because it was, “Oh my god, you can’t tell that deep, dark secret.” Not at all.

I think we changed a little of the dynamic. In the past, you could go into a theater and that was where you learned about Heath Ledger. I think in this movie you get to go into Heath’s house. You get to hang out with Heath and his closest friends.

The process of this film was very careful. We artfully choose the cast and certainly went in well-researched. But there was a lot of listening. We were learning about who Heath Ledger was through each and every one of these people. And those experiences were incredibly similar in certain ways, as much as they would experience different aspects of him.

One thing that was true all the way through was he was a friend, and he was a brother, he was an artist. Everybody across the board, Heath made them feel special. That is one of the paramount stories in the movie: This guy really cared.

Amato: It’s not going to be as great as a human being, of course. I don’t think any movie could be. But, it exists in the world as a positive thing. I hope it’s going to be inspiring to young people. I think it will be. I’ve already gotten some really great response from kids that were there [at the premiere], and they were reaching out to me because they were relating to that moment in their lives where they could go out into the world and live.

What story stands out in your mind?

Murray: Ben Harper talking about the fact that when Heath was on set [for Harper’s music video], and here’s this generational star and actor who’s directing a music video. You would kind of conjure up what the set would look like: There’d be 40 assistants, and he could snap his fingers and they would do things. No, not at all. [Heath] was shooting, he was jumping up on the stage, he was working with the cast, he was grabbing the smoke machine, he’s adjusting the lights, everything. He was so hands on, so [you didn’t just hear] he was passionate, you got first hand knowledge of how passionate he was.

Amato: I like a lot of his “fuck you” stories. I guess he was invited by Donatella Versace to come to some event in Italy or something, and he said, “Well, I got my friends, can you dress my friends for this event, too?” And they said yeah. So, they get there, they take Heath to a room where they completely style him out, and they take the other kids to a room where they can just pick stuff off the rack, and he said, “No. That’s not the deal.” So, he immediately ordered a $10,000 bottle of wine and just stuck it to them. He’s just like, you played me, you got me here, and I’m gonna stick you with a $10,000 bill. That’s Heath. He was pretty fierce that way.

What is it about Heath Ledger that still has people so fascinated, even in death?

Murray: He always surprised you. If you looked at his roles, [they weren’t] something that you were like, this is another Heath Ledger in a Mission Impossible or whatever movie. He was an incredible character that brought so many different dimensions, and we mourn his loss because he died so young. We weren’t ready for it. It wasn’t like there was this telltale sign. It wasn’t a long illness, it wasn’t from old age. It was just one day he was there and the next he wasn’t.

Amato: His soul. The camera can see the soul if it’s willing. And that’s what makes a great actor in the movies. I would have loved to have seen him on stage. I’m sure he would have been awesome on stage with his grace and his voice. I don’t need to defend Heath or tell people how you should feel about Heath because you already have a feeling about Heath. He did his job beautifully. He was a communicator. He reached people, and that was his art.

I Am Heath Ledger will air on Spike TV May 17, following a limited theatrical release May 3.