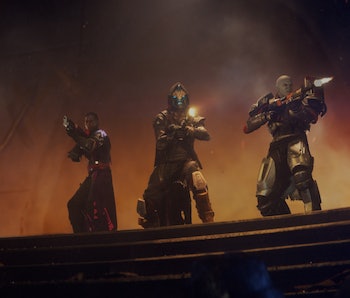 It’s only April, but 2017 is already shaping up to be one of the best years for video games we’ve seen in quite some time, since highly anticipated titles like Resident Evil 7, Horizon Zero Dawn, and The Legend of Zelda: Breath of the Wild have already blown fans away. Thanks to the launch of Nintendo’s new console, we’re set to see returning versions of Mushroom Kingdom favorites like Mario Kart 8 Deluxe and Super Mario Odyssey throughout the year; while the PlayStation 4 and Xbox One continue to push excellent games out on their platforms, which take full advantage of the hardware each console has under the hood.

While it’s true that we’re still a little over a month away from the Electronic Entertainment Expo, showing off what the second half of 2017 has to offer gamers, there’s plenty of new releases to get excited about in the coming months. Here are some of the biggest releases of 2017, and when you can expect to play them for yourself.

If you’re looking for a terrifying experience to play on a Friday night with the lights out and your headphones on, the sequel to 2013’s Outlast is a perfect addition to your collection.

The latest entry in the Warhammer 40,000 franchise, Dawn of War III puts players in command of the Blood Ravens Space Marines, the Eldar, and the Ork horde as they fight over a catastrophic weapon known as the Spear of Khaine.

If you missed Mario Kart 8 on the Wii U, you’ll probably want to look into this complete collection of the game for your Nintendo Switch — which includes every DLC track, kart, and character along with a few new additions exclusive to the deluxe version of the game.

Developed by the same team who brought you Dishonored, Prey is something along the lines of a spiritual successor to BioShock, where you explore the Talos-1 space station and survive against a hostile alien collective called the Typhon.

Sequel to 2013’s Injustice: Gods Among Us, Injustice 2 puts you back in the shoes of your favorite DC heroes and villains to fight each other across a new series of maps with a loot-based reward system.

A mix of robotic ingenuity and Dark Souls, The Surge puts you in control of a powerful exoskeleton you’ll use to survive against dangerous enemies, bosses, and encounters across a dystopian future.

Friday the 13th: The Game

A classic movie reborn into a video game, Friday the 13th: The Game is an intense game of hide-and-seek, where you and your friends must escape from player-controlled Jason or be brutally executed for your mistakes.

One of the most unexpected surprises of this year, Middle-earth: Shadow of War puts you in the wraith-possessed body of Talion once again to wreak havoc on Sauron’s forces with a new set of allies at your back.

While we haven’t seen much about Destiny 2 just yet, the sequel is set to strip you of your equipment and put you out on a new adventure to reclaim the tower from those who destroyed it. This time, you’ll be able to play the game on PC, too, which is good news for plenty of fans eager to join the fray.

Super Mario Odyssey kicks off a new journey through unknown worlds for our favorite plumber Mario, which will feature sandbox-style gameplay across huge worlds like Super Mario 64 and Super Mario Sunshine.

While it may be a little rough around the edges, Vampyr is a promising game with a stellar atmosphere developed by the same team who brought us Life is Strange. You’ll take control of a doctor-turned-vampire in 1918 London, who’s coming to terms with his undead condition.

Easily the most anticipated exclusive coming to the Xbox One this year, State of Decay 2 allows you to build a community and survive against the zombie onslaught once again on the Xbox One and PC.

In a world where androids are seeking to escape human control to explore their newfound sentience, Detroit: Become Human places you in the circuits of Connor, whose job is to hunt down those who deviate from human control. Here, every decision matters, and you’ll be forced to make plenty of hard choices.

Confirmed to release this fall, Red Dead Redemption 2 is Rockstar Games’ next big project following Grand Theft Auto V — bringing players back to the world of the West with what we’re guessing is a completely new story line.