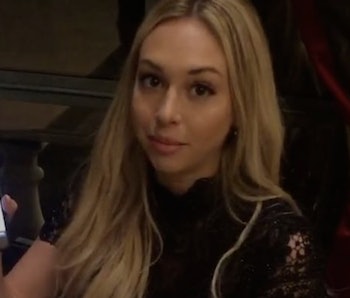 Annoying sponsored posts by Instagram influencers are getting out of control, and the Federal Trade Commission has noticed. This week, the FTC issued reminders to brands as well as celebrities, athletes, and other folks with a gazillion followers who are getting paid to promote those brands’ products by acting like they just naturally love them. It’s a practice called “shilling,” and it’s obnoxious.

In its own words, the aim of the FTC is to “prevent unfair or deceptive acts or practices in or affecting commerce,” as well as to promote fair competition, so it makes sense that the commission stepped in here; shilling isn’t fair because it’s not transparent. No one who shills is explicit about the fact that they’re being paid, but there’s a range on Instagram to how brazenly celebrities avoid disclosure.

On one end of the spectrum, you’ve got posts like these, which never let on that they’re technically paid advertisements.

On the other end, you’ve got posts like these, which mention that they’re ads so subtly that you might not even notice — this one includes the hashtag #sp, for “sponsored.”

The FTC isn’t having any of that. The reminder letters it issued explain that disclosure information should be included at the beginning of a long caption (so that users don’t need to click “more” to see it) and made “sufficiently clear.” The notice explained that “many consumers will not understand a disclosure like “#sp,” “Thanks [Brand],” or “#partner” in an Instagram post to mean that the post is “sponsored.”

The FTC sent 90 letters to both specific Instagram accounts that had been violating these rules and their partnered brands. The letters “mark the first time that FTC staff has reached out directly to educate social media influencers,” a press release said.

Despite rumors to the contrary, there’s a lot that the FTC can do to back up these harsh words. If these shillers continue to operate as they have been doing, the FTC will issue them cease and desist orders. If they still continue shilling, they could be subjected to penalties of up to $40,654 per violation, per day. Phew. The FTC has sued companies under similar circumstances in the past; it’s brought lawsuits against Lord & Taylor, Warner Brothers, and Sony, for example.

Let’s hope that the recipients heed the advice of these letters. Less because Kendall Jenner would majorly suffer if she was out $40,000, and more because her Instagram shilling is painful to watch.

Correction 4/24/17: In the original version of this article, it was stated that the FTC could not issue penalties for shilling. The article has been edited to reference the commission’s significant enforcement powers.