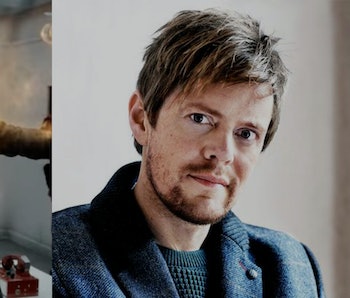 The Doctor might finally get to be a ginger. Kris Marshall (Love Actually, Death at a Funeral) is once again on Doctor Who fans’ radars as possibly playing the 13th Doctor thanks to the tabloid rumor mill.

On Sunday, the Daily Star, cited popular print edition UK tabloid Daily Mirror which claimed a “a source” revealed that “Kris Marshall has already joined the cast and will regenerate at the end of this series, not in the Christmas special.”

BBC is currently standing by its previous statements that no casting decisions have been made.

To clarify: Marshall’s casting is nothing more than a rumor, as is the supposed statement from the same unidentified “source” that BBC “refused to consider a woman for the lead character.” Demands for the show’s first female Doctor have been more adamant than ever before in its history, with Phoebe Waller-Bridge and Tilda Swinton at the top of a lot of peoples’ wish lists. Both have also spent a fair amount of time at the top of popular betting site Ladbrokes’ odds for who’s to play the next Doctor.

As of this writing, it seems Ladbrokes is no longer taking bets on who the 13th Doctor. On March 3, Matthew Shaddick of Ladbrokes told Inverse that the odds of Marshall being cast were 4/5, meaning there was 55% chance of him being cast in the role.

On Monday, Inverse reached out to Ladbrokes about Marshall’s current odds but has yet to receive a reply.