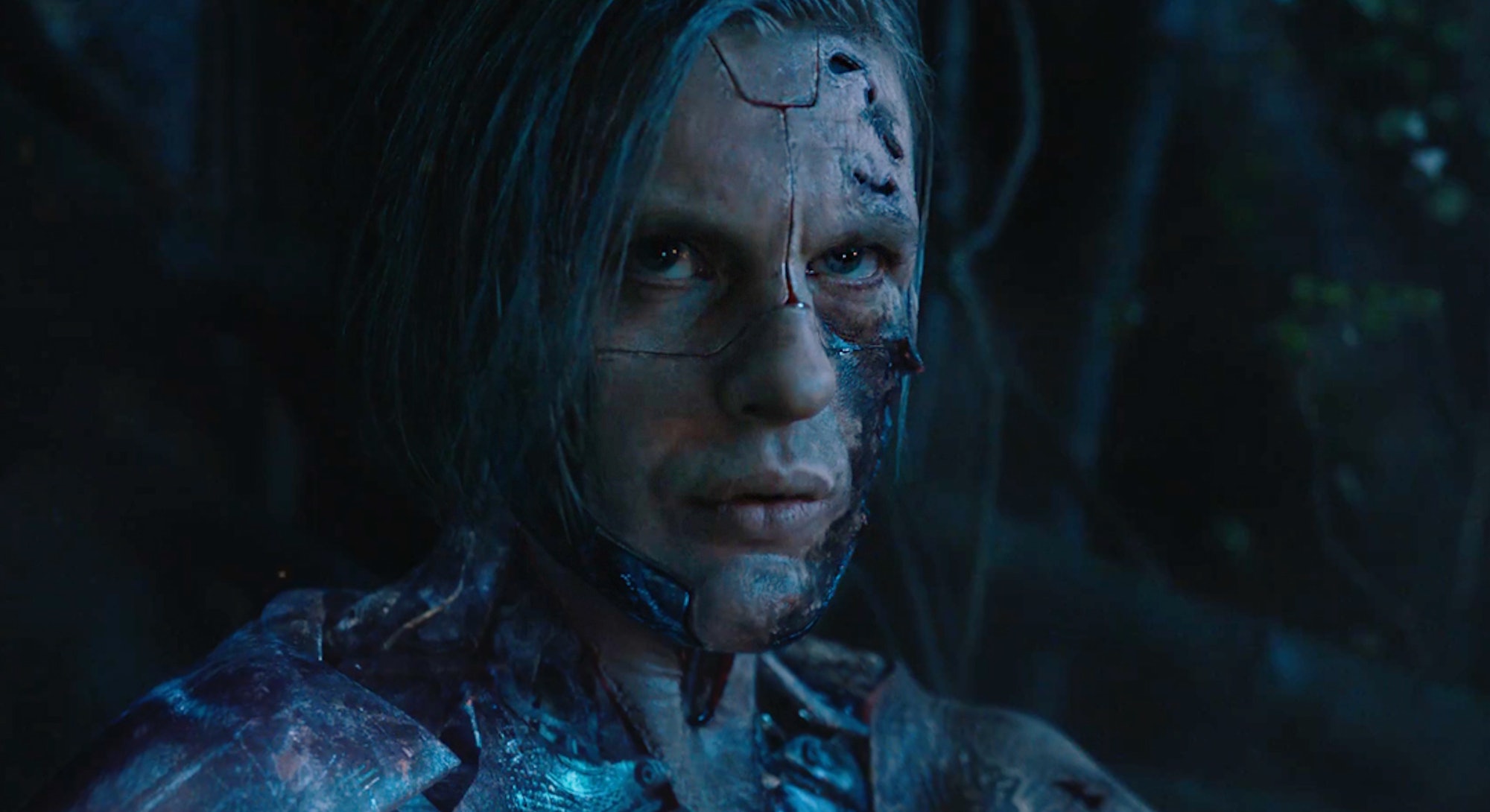 Show an anime fan any still or panel from Ghost in the Shell and they’ll recognize it immediately, even if they’ve never watched anime or read the manga. A dusty, cyberpunk saga, Ghost in the Shell earned its place in history by wrestling with the philosophical question of what makes us human and playing that struggle out on the bodies of characters within the story. The futuristic community of GITS is halfway to post-human status, with most citizens boasting cybernetic enhancements to their bodies.

Adapting those iconic character designs for the live-action movie proved to be one of the biggest challenges faced by the hair and makeup team, who called Peter Jackson’s Weta Workshop, New Zealand’s premiere prop and special effects company for backup.

Weta Workshop’s involvement was due to the fact that actor transformations involved more than just hair and makeup; extensive prosthetics were built to complete the body-modded society of tomorrow. “We wanted everything to feel real,” said Jane O’Kane, the movie’s hair and makeup designer. “We really tried to stay on point and honor the aesthetic of the original.”

O’Kane, and her prosthetics supervisor, Sarah Rubano, designed more than 20 specialized looks to achieve realistic-looking, yet visually compelling character designs. Every single one of these 2D renderings went through an arduous process, which included custom 3D printing by Weta Workshop, to become fully realized, wearable prosthetics.

To supplement the obvious inspiration — the original GITS canon — O’Kane and Rubano dove deep into research, pulling from multiple sources: cutting edge prosthetics currently being developed, the body-modding community, and future design websites. Some of their original creations included a contact lens with embedded microchips, a microchip finger ID, and even scarification technology (only the finger microchip made it into the final cut now in theaters). O’Kane said she looked for a design sweet spot “where things are not necessarily here yet, but they’re scouting to be here, perhaps in our lifetime.”

The initial 2D design was followed by a complicated build process. “The design was done early on, but then once we had cast our actors, which was often significantly later, the design was altered to suit the cast visually, aesthetically and also practically to what they were able to endure prosthetic-wise,” said Rubano. Rubano orchestrated an intense life-casting process during which she coordinated workshops all around the world to create a lifesize molds of over 20 actors, which then served the base on which all the characters’ prosthetics were built at Weta Workshop.

Rubano and O’Kane worked closely with Weta’s creative director, Richard Taylor, throughout the entire 3D printing process. If they were lucky, Weta would have plenty of lead time between receiving an actor’s lifecast and printing a version to fit on set, but oftentimes the lifecast would come in at the 11th hour, and Taylor’s team would turn around prosthetics in roughly a week.

To actually sculpt and build is a slow process, Taylor explained, so his team worked as quickly as possible to “get to a point where we could sculpt onto the actor’s face/body castings and test completed prosthetics on stand-ins at the Workshop.” Then the finish first attempts would be photographed and sent to O’Kane, Rubano and director Rupert Sanders for notes.

During the refinement process, adjustments were made for practical production reasons, as well as aesthetics. “Often things that were approved by Rupert and we all loved visually didn’t necessarily translate well into the actual end result,” explained O’Kane. “That was probably one of our biggest challenges, actually making sure that the end result worked for the actual person that it was going on.”

Naturally this meant any actor or stuntman who had to fight in their prosthetic augmentation went through a lot of refitting. From the sword arms of the Yakuza to Batou’s infrared, cybernetic eyes, which had to sit comfortably through 12 hour days, each of the characters had physical requirements that were quite challenging in day-to-day shooting. On Taylor’s end this meant that every prosthetic needed to be considered a “hero” prop, and be made at a quality level that allowed for the rigors of filming over an extremely long workday.

“There’s really no special way to prepare a prosthetic for this sort of work, you just need to make sure everything you create is versatile enough for the actor to cope with,” he said, praising his team for handling its massive workload with aplomb.

Even with this herculean effort, CG was used to augment the physical prosthetics and complete character designs. “We aimed to do a lot of it practically, but there’s a line and we had to consider budget,” said Rubano. Ultimately that meant that the amount of CG used to finish out the character designs was determined individually for each character.

“The reality with prosthetics is that it’s an additive process: You can build up easily, but you can’t take away,” clarified Taylor. “That means that if a design calls for the removal or diminishment of a part of the actor’s body, CG becomes critical.” The hair and makeup department, in conjunction with Weta, often modified prosthetics when VFX did become critical. “We did a lot of practical builds of prosthetics that were helping the CG as well, by giving them obvious markers and shadow points on the face, which was quite interesting work for us,” said Rubano.

Kuze (Michael Carmen Pitt) is one of the best examples of this complex blend of techniques in the movie. A blend of villains from GITS canon, Kuze had a design aesthetic that allowed O’Kane, Rubano, and Taylor more freedom with him than Major (Scarlet Johansson) and the Section 9 team.

“A great deal of our concept design for Kuze was based around the Japanese practice of Kintsugi — the repair of old, broken pottery,” said Taylor. “As a philosophy, Kintsugi treats breakage and repair as an intrinsic part of the object; rather than something to disguise, it’s something that adds clarity and character.”

Practically, that translated into Taylor’s Weta team doing a significantly larger amount of prosthetics work on Kuze in order to create a dystopian cyberpunk hodgepodge. But in order to truly mirror the fractured complexity of a character whose mind and body had been broken and rebuilt many times, CG was added to reveal places where Kuze’s flesh peeled away, exposing his haphazard cyberization. “He wears those imperfections as a badge of pride,” said Taylor, whose creation certainly deserves one.

With noteworthy character design like Kuze in just about every scene, GITS is an embarrassment of special effects riches. “There’s a such a great collection of design looks in that film that I couldn’t pick a favorite, but I don’t know, there’s a rawness in the street characters — where our boundaries were a bit looser — that really shine,” said O’Kane. Rubano agreed, taking a moment to reflect on their team’s hard work. “The characters were all just so special and colorful in their own way thanks to a team effort,” Rubano said. “It was just a really, really juicy project to dig into, I appreciate each of the characters in their own special way.”