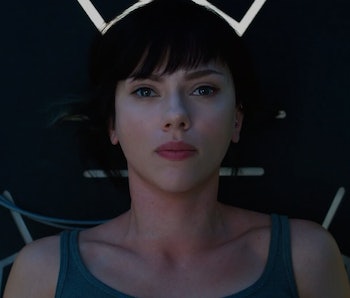 Ghost in the Shell debuted in Japan on Friday, and it’s getting a bit more love in the home country of the original manga and anime than it did in the United States. The film earned the number one spot in Japan for the weekend, bringing in an estimated $3.2 million. Fan responses have been a bit more friendly than in the U.S., with viewers praising the visuals of the film, but much like American audiences and critics, Japanese fans are critical of the new film’s shallow treatment of the central issues that made the original series so good.

“It looked really cool and I really enjoyed it. They didn’t just try and copy the original, but came up with an original story, which was a better approach,” Tomoki Hirano, who loved the original manga and 1995 anime told Hollywood Reporter. “Because it was a Hollywood production they could use that size of a budget to create those visuals of that quality.”

The film, which had a $110 million budget, cost more to make than many domestic Japanese films, which is probably why fans are so pleased with the glossy result. But despite the impressive art direction and visual effects, Ghost in the Shell has earned just $124 million worldwide, making it all but a surefire flop. Regardless of its probable commercial failure, Japanese fans aren’t dismissing it, even in light of the rampant criticisms of whitewashing.

“I heard people in the U.S. wanted an Asian actress to play her,” Yuki, a young Japanese office worker who hasn’t read the manga, told Hollywood Reporter. “Would that be OK if she was Asian or Asian-American? Honestly, that would be worse: someone from another Asian country pretending to be Japanese. Better just to make the character white.”

Beyond questions of race or visuals, Japanese fans seem disappointed in the new film’s treatment of one of the manga’s most compelling central themes: human identity as it relates to a cyborg.

“That was the base of the original story, where does the soul reside? That influenced films like The Matrix, but didn’t get addressed in this film,” Hirano told THR.

Ars Technica reporter Cassandra Khaw identifies this as a fatal flaw in the film, an issue that transcends audience nationality.

“[Director Rupert] Sanders describes his movie repeatedly as an ‘international’ film,” writes Khaw. “One he has updated with a more familiar plot, because ‘you can’t lead’ with themes of dualism, reflections on technology, and ‘all those things that are Ghost in the Shell.’” It turns out he was wrong about what the fans wanted.

So while Scarlett Johansson was cast as the main character because filmmakers thought she could draw bigger audiences — a prediction that hasn’t panned out — it turns out the director also minimized some of the story’s most compelling themes because he thought they would come off as tedious. It seems that Ghost in the Shell struck out in both those arenas. At least with Japanese audiences, though, it seems fans are reasonably pleased with the film’s final execution, even if it’s a bit shallow. But it’s doubtful that Japanese ticket sales will be enough to pull Ghost in the Shell out of the proverbial toilet.