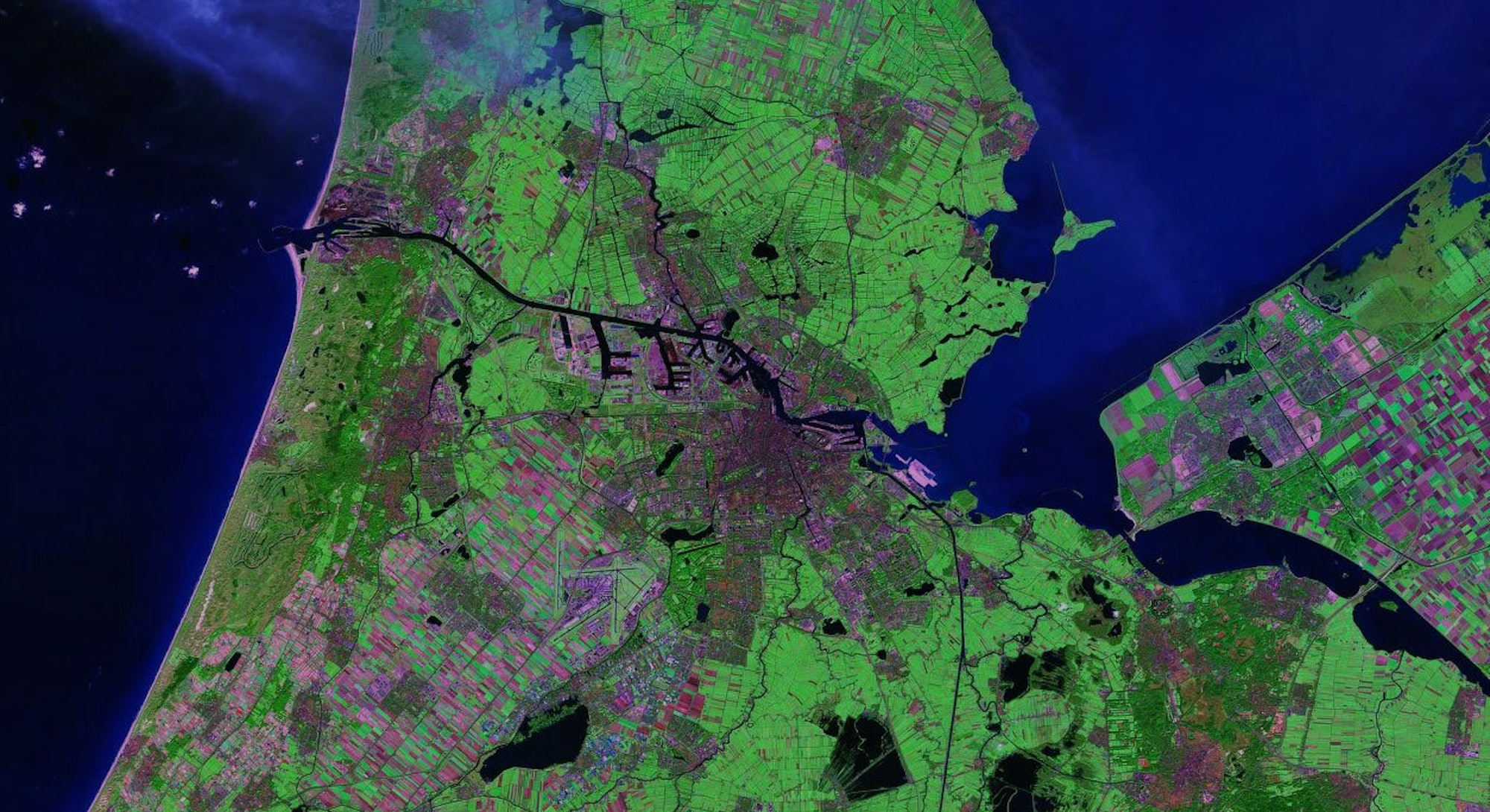 On the wall of a residential block in Amsterdam, giant letters spell out the phrase Ik speel in de stad, met alles wat er bestaat (“I play in the city with everything that exists”). The line comes from a poem written by an eight-year-old but, modified slightly, it would read as a statement of intent for the city’s burgeoning sharing economy: “I play in the city by borrowing everything that exists.”

Unlike many cities of its size, Amsterdam has avoided the temptation to come down hard on disruptive sharing startups simply on principle. The Dutch capital has opted for a mix of negotiation and integration, bringing ideas from the new economy into the heart of urban development.

Harmen van Sprang, co-founder of ShareNL, a social enterprise that promotes the collaborative and sharing economy in the Netherlands, uses an image of the poetry wall art in his presentations to businesses and governments around the world: “I think it’s a great metaphor. Within every city, there is enough for us to share but Amsterdam has a much more rich and diverse sharing economy compared to a lot of other cities.”

Borrowing an idea first conceived in the South Korean capital of Seoul back in 2012, Amsterdam has set out to make itself Europe’s first “sharing city.” And it’s not just passing the dutchie on the left-hand side, it’s also engaging internationally with similar efforts elsewhere. Taking a global perspective has seen ShareNL’s efforts expand into the Sharing City Alliance, an organization that works with teams across the world to foster learning between cities.

While sharing economy giant Airbnb has faced a variety of problems in cities such as San Francisco and New York, it’s had a far more cordial relationship with Amsterdam’s authorities. Since 2014, the company has collected local tourist taxes on behalf of its hosts and, as of this year, an agreement has limited the length of time private homes in the city can be listed on the service to 60 days annually.

Finding a way to square Airbnb’s popularity with the wider needs of Amsterdam’s population was vital. Though the city is home to only around 830,000 permanent residents, it hosts more than 17 million visitors each year. Rents in Amsterdam jumped by an average of four percent in the last quarter of 2016 and a study by the Dutch bank ING suggests that property prices in the city have risen by between two and four percent as a result of house buyers using additional income from Airbnb to secure larger mortgages.

The principle at the heart of Airbnb’s business model — making use of unused or underused housing capacity — has also inspired an initiative from Amsterdam’s city government. While Airbnb’s short-term rental platform hosts over 2 million listings in 34,000 cities across 191 countries, the project instigated by officials in the city’s Chief Technology Office, is starting out with just 15 rooms.

The idea is to make underused meeting rooms in civic buildings available to projects that further social causes. Nanette Schippers, who is Amsterdam’s program manager for the sharing economy, says: “We are really focusing on NGOs that need support and a meeting room. If their activities relate to the goals of the city, it’s much easier for us to help them.”

Schippers and her colleague, urban innovation officer Femke Haccoû, developed the meeting room project after working on the city’s Sharing Economy Action Plan, which was published in March 2016. The document outlines five pillars that the council intends to focus on: supporting pilot projects, leading by example, extending the sharing economy to all Amsterdam residents, developing rules and regulations, and establishing the Dutch capital as a “sharing city”.

The meeting room initiative has started small with a pilot-within-a-pilot focused on just one room and just one NGO. “As a government, you can’t be engaged in economic activities that make a profit. That’s not part of our job. We have to have a fair market and avoid creating unfair competition, for instance for commercial organizations that rent out property,” Schippers explains.

Another part of Amsterdam’s plan to share city assets is a pilot program that allows drivers to access its fleet of vehicles using their smartphones. The project, which has been available for a year to municipal employees, is a collaboration with a local startup, WeGo. The firm has operated a platform offering peer-to-peer car rentals in the city since 2012.

The Stadspas (citypass) is a municipal project to make access to culture, sports, and recreation more affordable for senior citizens and those on low incomes, and this has also been linked to the sharing economy. The scheme covers around 180,000 residents and is working with homegrown Dutch startups Thuisafgehaald (food sharing) and Peerby (equipment sharing) to offer discounted rates.

Van Sprang thinks the openness required by the sharing economy is already baked into Amsterdam’s culture: “If you head a few kilometers south from here, you’re in Belgium. Walk through the streets of Amsterdam and you can look into the window of almost every house. In Belgium, the curtains are all closed!”

Brushing the hurt feelings of 11.4 million Belgians aside, van Sprang admits that Amsterdam still has a long way to go before sharing economy platforms – homegrown or otherwise – touch the lives of every resident. “Of course, there’s a really high willingness to engage with the sharing economy, but it’s not yet the case that most citizens are sharing on a weekly basis,” he explains.

Amsterdam’s sharing city goals are a work in progress but its combination of pragmatic regulation, public-private partnerships, and municipal experimentation offers an exciting model for other cities to examine. And luckily for the rest of the world, the Dutch are as keen on sharing ideas as they are on sharing things.