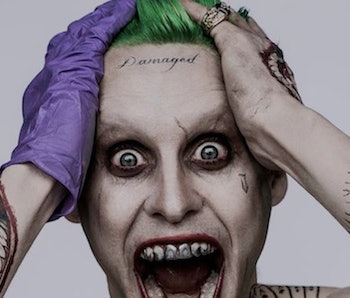 DC Comics was founded in 1934 by Malcolm Wheeler-Nicholson, a man totally ignorant of the world of internet memes. Since the inception of DC — originally called Detective Comics — the world has been flooded with classic heroes like Batman, Superman, and Wonder Woman, the renowned Justice League, plus a slew of some of the best villains in the world of comics. But perhaps DC’s greatest achievement is inspiring countless internet memes.

The DC universe spans far and wide through TV, movies, and the internet at large. And fans really like to catalog their thoughts and feelings about some of the most iconic comic book characters via memes. Featured below are 30 of the best DC memes: a lot of inside jokes about Batman v Superman: Dawn of Justice, various DC TV shows, Jared Leto’s rendition of the Joker, plus Batman, Batman, and more Batman. Fans love Batman.

28. Barry probably enjoyed this too much.

25. The Batfamily’s dad has some issues.

24. He struggles with intimacy.

23. Diana Prince doesn’t have much experience with dudes.

22. Aquaman puts up with so much shit.

20. People really thought Jared Leto’s Joker was about as hip as McDonald’s

17. Superheroes have always been pretty political.

7. The move from Marvel to DC.

5. Superman has some rage issues, though.

3. Yeah, who cares about them?

More like this
Entertainment
41 minutes ago
Harley Quinn Season 3 could fix a major Batman controversy, trailer hints
By Eric Francisco
Entertainment
6.16.2022 11:30 AM
30 years ago, Tim Burton made the sexiest and most sinister superhero movie
By Mónica Marie Zorrilla
Entertainment
6.14.2022 4:50 PM
A Joker 2 musical would actually be great — here’s why
By Dais Johnston
Share: