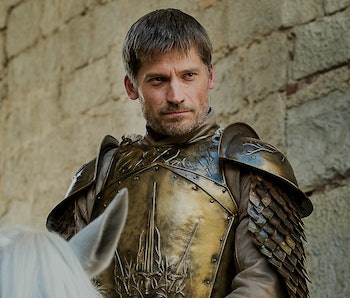 Although Casterly Rock is as iconic a location as Winterfell on Game of Thrones, it has yet to appear onscreen in the show. As the plot has grown more complex than the conflict between the Lannisters and Starks, it hasn’t been necessary for the seat of House Lannister to have a presence beyond references. But Season 7 will change that.

It’s already set to be a tumultuous season for the Lannisters, with Cersei on the Iron Throne, Jaime clearly unhappy with this development, and Tyrion actively working against her as the hand of her rival, Queen Daenerys Targaryen. Now, Season 7 set leaks reveal that key scenes will take place at Casterly Rock — including a potential showdown between Cersei and Daenery’s forces. Although Tyrion and Cersei would happily see each other dead, it will be intriguing to see what happens when Jaime and Tyrion are pitted against each other in their ancestral home.

Dramatic potential aside, Casterly Rock is also incredibly cool looking. It’s not just an ordinary castle but an incredibly dope fortress that carved out of a seaside mountain taller than the Wall and has outcroppings that resemble lion’s paws. Its visual impact will doubtlessly be spectacular, but the Season 7 set leaks unfortunately only reveal the inside.

But the outside is notoriously spectacular. Here’s an illustration from the Game of Thrones illustrated edition.

Game of Thrones Season 7 will premiere in summer 2017 on HBO.