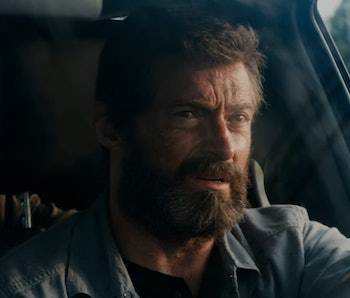 Fans knew from Logan’s trailers that most of the world’s mutants had died by 2029, though no one knew exactly how. Logan, which loosely adapts Mark Millar’s Old Man Logan comics from 2008, keeps the dark backstory of what killed the X-Men and their kind intact, though the film changes a single, important detail.

In the comics, Wolverine murders all of his friends under the telepath Mysterio’s influence. He believes that he’s fighting off a group of home invaders in Professor X’s mansion, but as soon as he slices up the final goon, he realizes with a scream that he’s just cut every single one of his friends into bloody ribbons.

The trauma is so disturbing to Logan that he swears never to use his claws again, and when the Old Man Logan comics pick up, he has to decide whether to keep that promise in the face of another threat. Now, a few things are different in the film, including the introduction of Laura, aka X-23.

Logan is set in 2029, years after Professor X’s degenerative brain disease causes him to melt all of his students’ brains into soup. We don’t see this horrific event in a flashback, but in a heartbreaking scene, Xavier tells Logan that he finally remembers what he did all those years ago. We do see what happens when Xavier suffers a stroke: His brain waves vibrate so violently around him that every living thing freezes painfully. Mutants like Laura and Logan are slightly less affected by this vibration, and though they scream with effort, they can slowly move toward Xavier in order to inject him with his stroke meds. Watching the several strokes Xavier has in the film makes it easy to imagine what it looked like when he accidentally killed his students.

Of course, in Logan, Professor X’s brainwaves didn’t kill every single mutant, but it seems to have wiped out the most recognizable ones. We also hear Logan snap at Xavier that no mutant has been naturally born in decades, and they briefly debate whether this means mutants were God’s mistake. It’s dark stuff.

In Marvel’s comics universe, the question of what killed the mutants became extra complicated when the Inhumans arrived on the scene. Though Marvel has never denied or confirmed this theory, fans suspected that the publisher was attempting to downplay the X-Men’s importance by introducing Inhumans to its world, because Disney still doesn’t have the rights to Wolverine and co. The Terrigen Mists, which give the Inhumans (including fan favorite Ms. Marvel) their powers, are killing off comic book mutants slowly, so it’s a trade-off. Though Marvel can ideally pull off a universe that involves Avengers, X-Men, and Black Bolt, it’s going to be tricky.

Logan is the first film to introduce a mass mutant genocide, though it’s only implied that Professor Xavier didn’t manage to kill every single one of the first generation mutants. Whatever Marvel decides to do with its information will change the course of its movie universe.