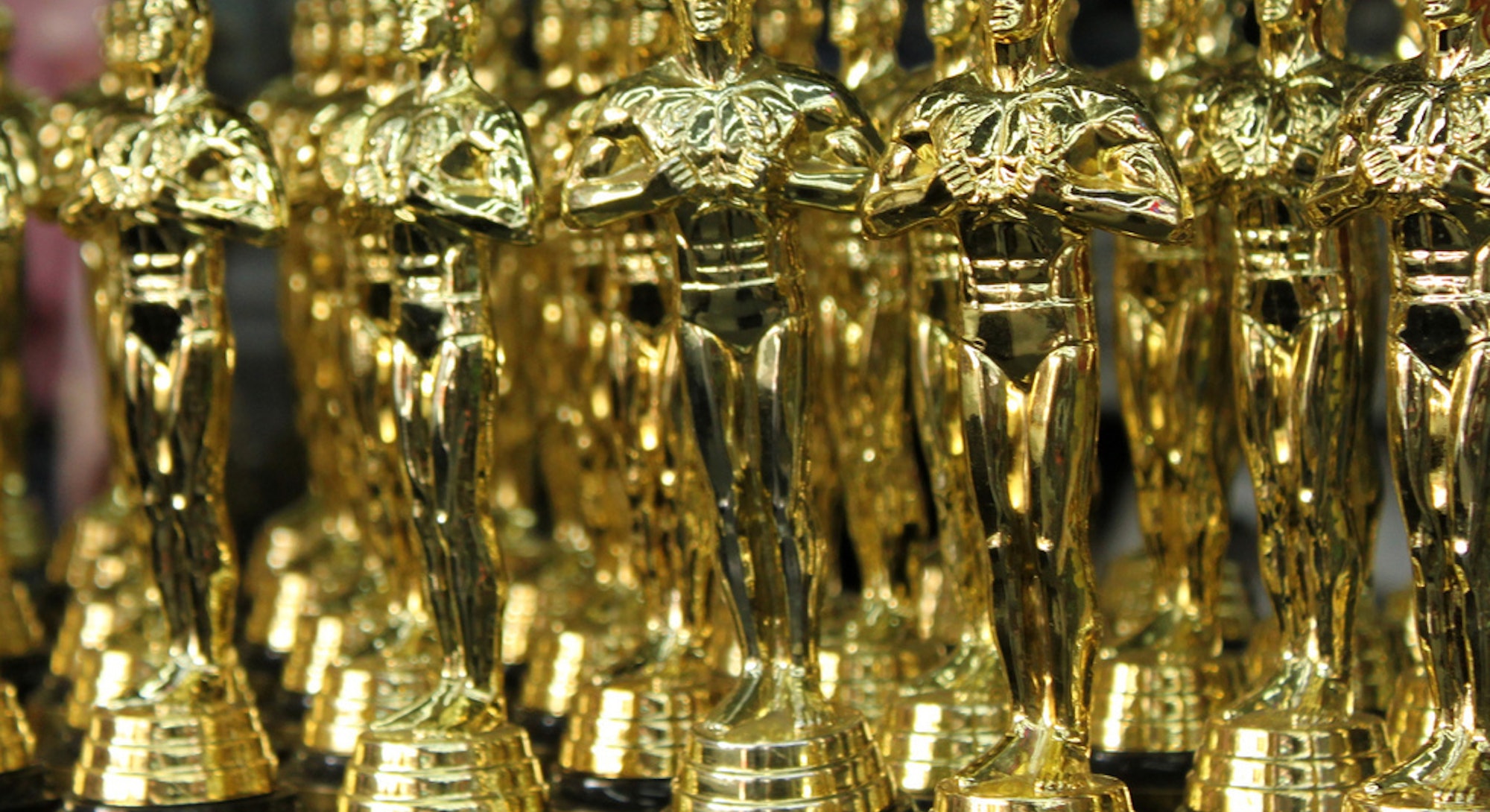 Sunday is the Oscars, the annual, gaudy awards show recognizing the best of the past year’s film achievements. But let’s say that the zombie apocalypse happens then, or that a strange virus took hold at an Oscar party at Leonardo DiCaprio’s house, and it is quickly taking over Los Angeles. Survivors are instructed to bunker down and wait for help. What could those Oscar statues be good for?

The solid gold plating on the statues could prove to be good currency, if separated out. And last year the Academy went to pains to recreate the original 1929 design, which means the core is solid bronze. This is the stuff that moved humanity out of the stone age — it’s gotta be good for something.

Here’s what they’re working with: Each of the statutes is plated in 24-carat gold that is just 0.38 microns thick — about 1/200th of a human hair. Pooled together, they have about a half an ounce, worth $700 in pre-apocalypse dollars. That leaves our heroes with 102 pounds of solid bronze — an alloy that is mostly copper with about 12 percent tin. With that much metal and a decent forge, the team has options.

As far as Stone Age weapons go, it’s hard to beat a battle ax. It worked in medieval warfare, and it’ll work for smashing zombie brains in, too. The versatility of the hatchet as tool and weapon is part of why The Walking Dead’s Rick Grimes favored it. And at an average weight of three pounds a piece, the gang could cast 34 of these bad boys.

They say the pen is mightier than the sword, but when the walkers start running a sword would sure be nice. Actual Bronze Age swords rarely weighed more than two pounds — any heavier and prolonged battle becomes quite tiresome. While bronze is often derided as outdated and flimsy weapon technology, it actually has a useful property whereby edges can be hardened through pounding. The result is a blade that is flexible enough to avoid shattering, but sharp enough for efficient killing. Our La La Land crew has enough metal between them for 51 high-quality swords.

Let’s say our Hollywood crew likes Daryl more and manages to get their hands on a crossbow or two. Or perhaps it’s Katniss Everdeen they’re looking up to, and they figure out how to hone a bow from some scrap yew wood. They’re going to need a good supply of arrows. A typical arrowhead will set them back 1/70 pounds of brass, so a full supply will run 7,140 arrows, assuming they can track down the shafts and feathers to match. These have the bonus of being reusable, if they’re not squeamish about digging through rotting brains.

The luckiest at the end of the world will have firearms, and they’ll know how to use them. Oh, and also ammunition. Assuming the team finds a Winchester rifle and a good supply of reusable .342 cartridges, they’ve got enough brass on their hands for 12,981 bullets with a weight of 55 grains apiece. They’ll also need the skills to cast or lathe perfect bullets, a good supply of primers and gunpowder, and some handloading tools and know-how.

Immediate survival needs weapons, long-term survival needs a safe harbor. Building or maintaining a strong shelter will ultimately be a part of the game plan, and for that they’ll need a hammer and some nails. Fortunately they’ve got bronze enough for both, and the hammers double as weapons. If they budget for six 1.5-pound hammers, they’ll have enough metal left over for 2,790 four-inch nails.

Cookware Plus Dinnerware for 20

Maybe food won’t be the first thing on anyone’s mind, but eventually everyone has to eat. Assuming they’ve found a safe place to hunker down, they may consider melting down their weapons in favor of some heavy duty Bronze Age pots and pans. If they budget 40 pounds for cookware, they’ll have enough left over for 20 place settings — dish, cup, spoon, and knife — at about three pounds apiece. Bon appétit!