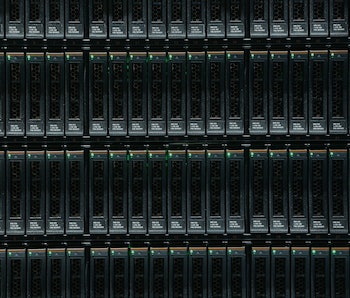 The following is an excerpt from Technology vs. Humanity: The Coming Clash Between Man and Machine as published by Fast Future Publishing Ltd.

Dr. Ray Kurzweil, currently Google’s Director of Engineering, is a great influence on futurist thinking in general and on my own work, but also someone whose views I must often challenge in this book. Kurzweil predicts that computers will surpass the processing power of a single human brain by 2025, and that a single computer may match the power of all human brains combined by 2050.

Kurzweil suggests these developments will herald the advent of the so-called Singularity, the moment when computers finally trump and then surpass human brains in computing power. This is the moment when human intelligence may become increasingly nonbiological, when it may be possible for machines to independently, and quite likely recursively, go beyond their original programming—a decisive moment in human history.

Ray Kurzweil told his audience at Singularity University in late 2015:

As we evolve, we become closer to God. Evolution is a spiritual process. There is beauty and love and creativity and intelligence in the world—it all comes from the neocortex. So we’re going to expand the brain’s neocortex and become more godlike.

I also believe the point of computers having the capacity of the human brain is not far off, but—God or no God—unlike Dr. Kurzweil, I do not think we should willingly give up our humanness in return for the possibility of attaining unlimited nonbiological intelligence. That strikes me as a very bad bargain, a downgrade rather than an upgrade, and in this book I will explain why I passionately believe we should not go down that road.

Right now, in 2016, computers simply do not have the power to deliver on Kurzweil’s vision. I believe the chips are still too big, networks still do not have the speed, and the electricity grid by and large cannot support machines that would need this much power. Obviously, these are temporary hurdles: Every day we hear announcements of major scientific breakthroughs and, in addition, numerous unpublicized advances are certain to be happening in secret in labs around the world.

We need to be ready for the Singularity: open yet critical, scientific yet humanistic, adventurous and curious yet armed with precaution, and entrepreneurial yet collectively-minded.

This is an excerpt from Technology vs. Humanity: The Coming Clash Between Man and Machine as published by Fast Future Publishing Ltd.