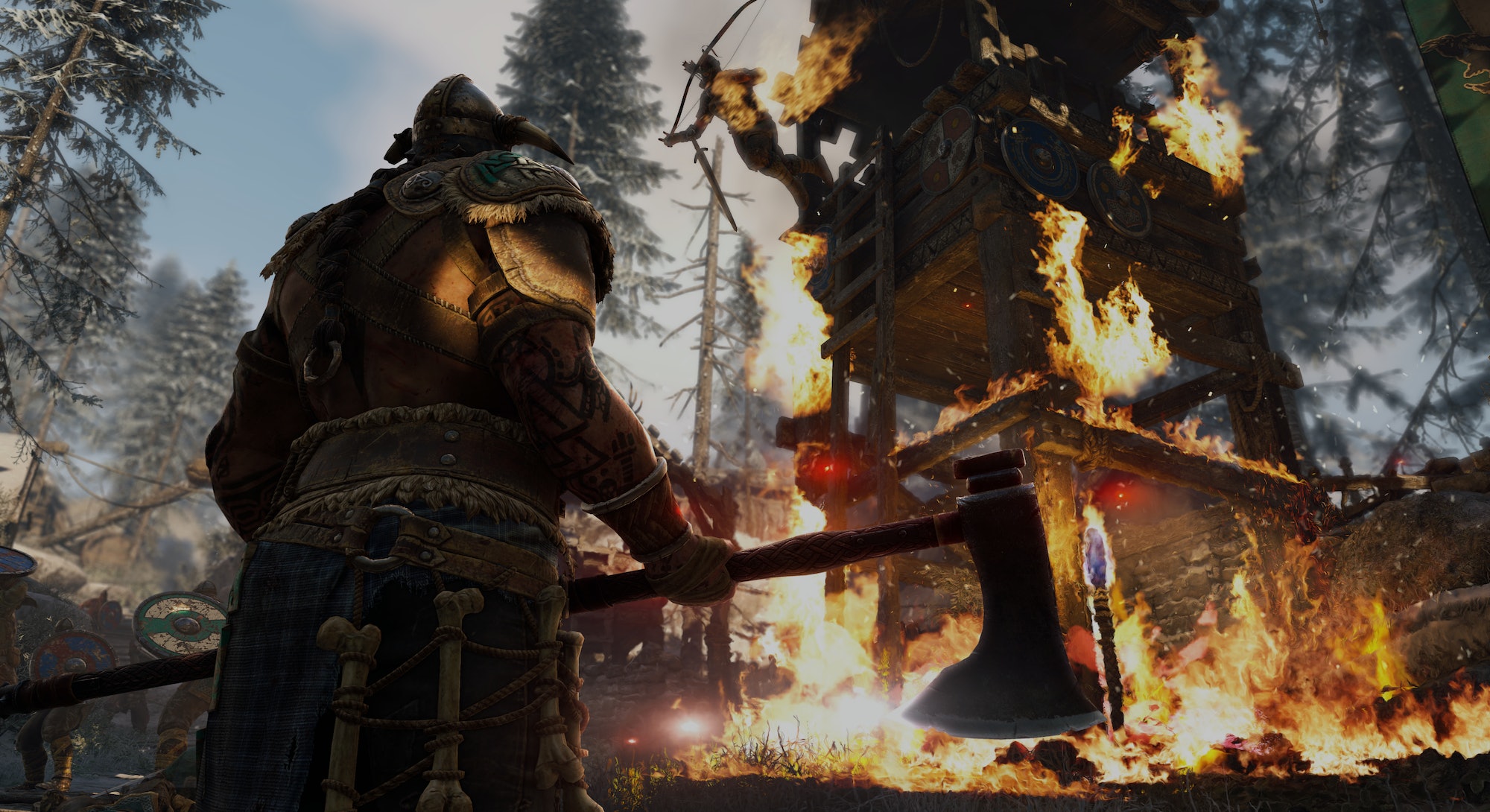 Even though For Honor may seem like a relatively straightforward multiplayer experience at first, Ubisoft Montreal’s latest project has plenty of layers to work through before you can come close to mastery. But before you can even begin down the road to becoming a legendary warlord, you’ll have to make one of the most important decisions in the game: choosing a faction to align yourself with for the War of the Factions.

The War of the Factions is honestly one of the most compelling features of the game’s multiplayer. Once you’ve aligned yourself with a faction, you’ll work over the course of the event to shape the multiplayer territory in For Honor for your faction, defending and attacking specific locations scattered about the map while slowly gaining or losing territory to the other factions you’re fighting against.

No matter your interest, For Honor will prompt you to pick from one of three major factions the second you boot up the game: the Knights of Ashfeld, the Viking Clans, or the Samurai of the Myre. Each has their own background in For Honor’s universe too, which might have some weight when it comes to picking.

The Knights of Ashfeld were sent by the Iron Legions to pacify the land, but became all too used to freedom that they ended up making the land they were sent to take their home. Now, led by Apollyon and Ashfeld’s Blackstone Legion, they are working to defend their lands while conquering that of the Vikings and Samurai.

Returning in great numbers a few centuries ago, the Viking Clans came from across the sea to take back their old homeland of Valkeinheim to the north. Now, with hundreds of clans united with the goal of pushing back the Knights and the Samurai, they are putting aside their differences in favor of claiming more territory while defending their own.

Originally from a different land far across the seas, the Samurai of the Myre have built a new empire near the reclaimed homelands of the Vikings while contesting territory occupied by the Knights. Vastly outnumbered and surrounded by enemies, they are relying on skill and devotion to survive — for they are the last of their kind.

What’s important to know about selecting your faction is that regardless of your choice, you will still be able to play every class available in For Honor. Selecting the Samurai faction doesn’t limit you to playing only the Kensei, Shugoki, Orochi, and Nobushi classes; it just dictates which major faction all your War Assets will be going towards at the end of multiplayer match. You’re also able to change factions mid-season too, but you’ll forfeit all of your rewards for that particular Round or Season if you do — more on this later.

Once you’ve picked which of the three factions you’d like to dedicate your support to, you’ll immediately start working to further influence their control across the multiplayer map by utilizing a currency called War Assets. War Assets are earned at the end of every multiplayer match you participate in and are based on your personal performance in said match. Following every match, you’ll have the opportunity to deploy them on the territory map to either help capture an enemy territory or defend one of your own against an enemy advance. If you don’t select a territory, your War Assets will be deployed evenly across every territory your faction is involved with.

For Honor keeps track of every War Asset deployed on the world map and then factors them into three different types of updates: Territory, Round, and Season. Territory updates will occur every six hours in-game, calculating which faction controls which territory based on the amount of War Assets deployed between the three factions. Naturally, the faction with the most War Assets on a specific territory will control it.

What’s great is that the territory your faction controls or is attacking dictates the maps you play on in multiplayer, meaning that weather conditions and cosmetic differences will be present during each match you participate in. In most cases, you’ll see friendly faction heraldry or symbols hung across the map while defending a territory and enemy cosmetic items scattered about a map when you’re assaulting a foreign territory.

Rounds and Seasons play out a little differently than Territory Updates, and they dictate rewards based on your faction’s performance during the current War of the Factions. Rounds rewards are issued every two weeks to players depending on the rank of their faction in that specific round, while Season rewards are issued every ten weeks following the completion of the conflict. Then, following the end of the season, the world map will be reset and resume after an off-season multiplayer period like you’d see in competitive ladders elsewhere. But, the previous seasons will all be documented, forever remaining a part of For Honor’s history.