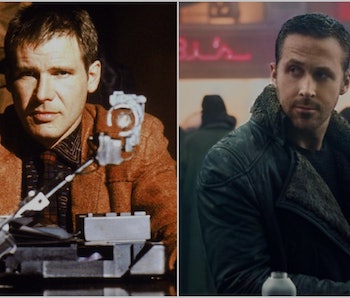 After 35 years, Blade Runner is getting a sequel. Hollywood has recently become obsessed with kickstarting franchises after decades-long absences, in updated films which critics have dubbed “legacyquels.” But most of these nostalgia machines have failed to attract enough support to continue on after the initial reboot effort, save for the bigger Star Wars-esque franchises. Blade Runner is somewhere in the middle.

The original film has a wide enough critical reputation to warrant interest, but it’s up in the air how long moviegoers will be interested. While Blade Runner 3 is a serious possibility, the production of yet another Blade Runner sequel hinges on many factors. Let’s explore what those are.

Blade Runner’s influence on modern filmmaking is immeasurable. Its weighty philosophical plot on the nature of A.I., told through a neon-infused future noir aesthetic, affected countless science films that followed it. This is the huge challenge facing Blade Runner 2049 and any potential stories that might follow. Living up to a stone cold classic is a nearly impossible feat, but continuing its legacy is unheard of.

Unlike Star Trek, Star Wars, or even the newly announced Dune movies from Denis Villeneuve, Blade Runner is a rather self-contained story. There’s enough space to explore side characters because of the film’s vivid attention to world-building, but Harrison Ford’s Rick Deckard is the indisputable nucleus.

Ryan Gosling as Agent K in 2049 is supposed to herald the studio passing of the baton from Ford. But what will inevitably happen will be an awkward attempt to prolong a story that doesn’t necessarily need it. Ford, in particular, is no stranger to this concept. Indiana Jones and the Kingdom of the Crystal Skull tried and failed to suggest that Shia LaBeouf’s Mutt Williams would take over the mantle from Indy in future films. Fans met that assumption with a resounding, “No thank you.” The same went for Tron: Legacy. Jeff Bridges aged out, and Garrett Hedlund tried to step into the main character slot, but it was too little too late.

Villeneuve may be the best genre director in town at the moment, as Arrival seemed to prove. Now he’s obviously trying to cement his place among the greats with Blade Runner 2049 and the upcoming Dune reboot.

“This movie is linked to the birth of my passion for cinema. [When it came out] I was a young teenager starting to understand the job of a director. Blade Runner had a huge impact on me,” Villeneuve told EW in 2015. “It’s one of my favorite movies of all time. I know this movie by heart. I know every single shot of it. I have a very intimate relationship with this movie.”

Villeneuve is definitely trying not to ruin one of his favorite films, but that isn’t stopping him from thinking beyond the present. “I have two more ideas now that I would love to do. [And] Blade Runner could go on … we’ll see how this one goes,” Villeneuve told Screen Daily, teasing the possibility of a third Blade Runner film.

Original Blade Runner director and Blade Runner 2049 executive producer Ridley Scott is game for a third outing just because: “Everyone else is, so why not? I love to work,” Scott told Yahoo in 2015. “The French say, ‘Work to live,’ and I live to work.”

Blade Runner 2049 and beyond seems like the perfect blend of a young-ish genre filmmaker who has already proven himself and the old master wanting to keep his work perpetually relevant.

It’s easy to forget that Blade Runner was not the bona fide classic it is today when it was first released in 1982. Squabbles between Scott and the movie studio over different cuts of the pessimistic sci-fi tale initially sank the film in the financial department. It wasn’t until subsequent home video releases on DVD made fans reinterpret the original’s place in the unofficial best-ever canon. But the real financial test for the franchise won’t be with fans.

A third Blade Runner film will teeter on the box office success of 2049, which Villeneuve told Screen Daily is “one of the most expensive R-rated independent feature films ever made.” The risk for 2049 is that such a long overdue sequel won’t make a difference to the regular Joe and Jane moviegoer. Some might peg it as a cultural obligation, and a “from the director of Arrival tagline could do it justice depending on that film’s Oscar haul. But most may stay away like they did in 1982. That would spell doom for continuing on to a third film in the series.

We’ll eventually find out if we’ll get a third Blade Runner movie. But in the meantime we can all look forward to the sequel, which hits theaters on October 6.