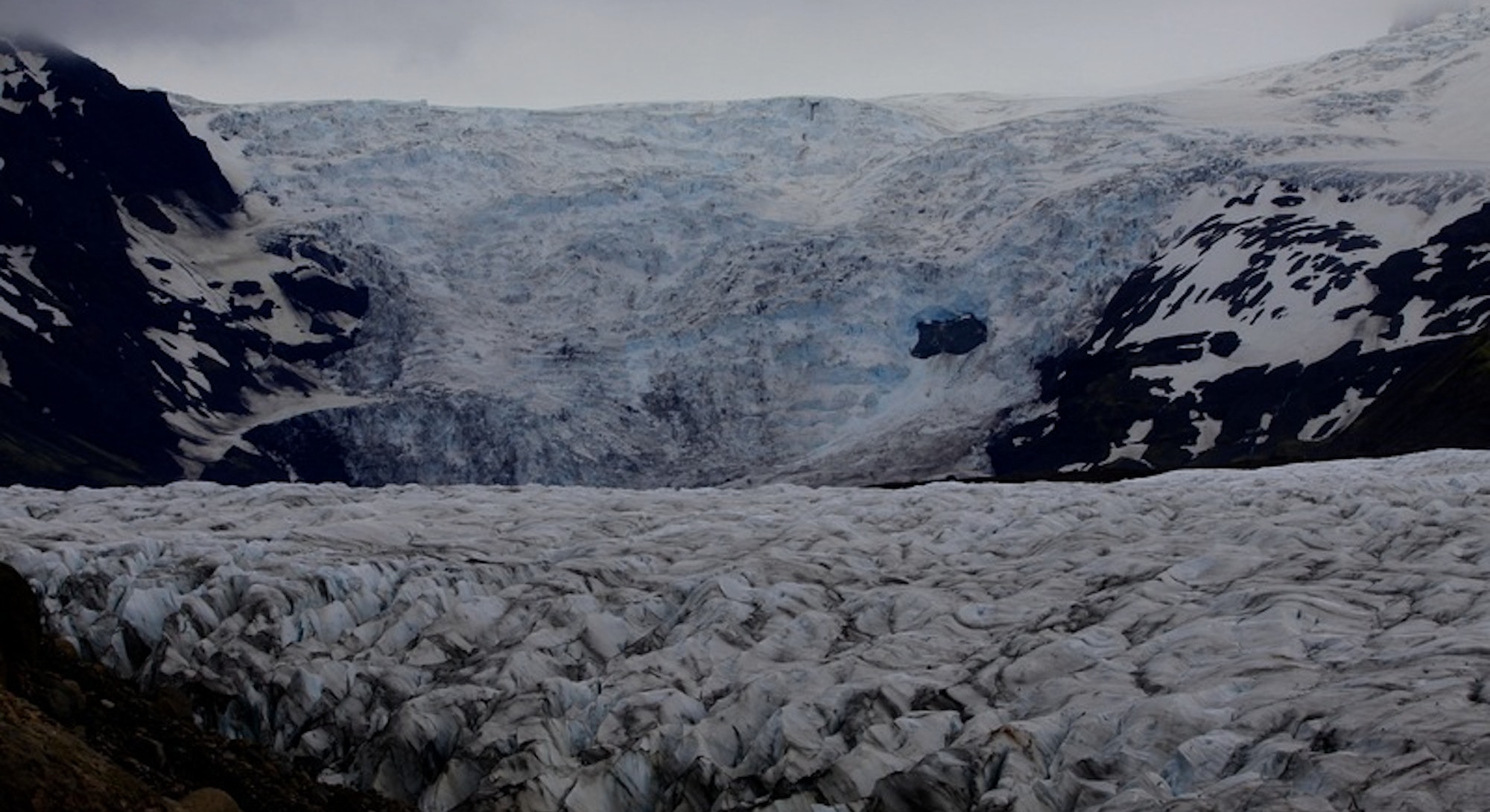 Last month, the District of Columbia Court of Appeals ruled that Michael Mann, professor of atmospheric sciences at Penn State University, could proceed in a defamation suit against climate change-denying blogger Rand Simberg. The opinion, authored by Senior Judge Vanessa Ruiz, upheld a lower court dismissal of a motion by the defense to have the case thrown out at least in part on grounds that Mann’s claim was intended to impose costs on and silence his ideological opponents. In finding that Mann’s case was “likely to succeed” on its merits, Ruiz forced climate change deniers accusing scientists of incompetence or conspiracy to reconsider the legal ramifications of their rhetoric. Legal experts disagree on whether or not this is a good thing.

The term “chilling effect” has been in use for at least 70 years, but the idea that a ruling can lead to self-censorship and hamper free expression is as old as libel laws, which are expressly designed to place limits on free expression. “As much as we honor and cherish vigorous debate, even within our system of free speech and free press, there are limits, and those limits include not libeling the people we’re being critical of,” says Joseph Russomanno, a professor of media law at Arizona State University, adding that, if Mann ultimately wins, the case could “serve as a warning to would-be critics that they have to be responsible and base their criticism on fact, and not make wild assertions.”

There has been no high-profile example of this sort of case arising from criticism of climate change science. If that changes, the whole tenor of the so-called debate might change as well.

“If Dr. Mann’s attorneys wanted to utilize this opinion, which I’m sure they will if this does in fact go to trial, that judge has painted a very favorable portrait of the situation for Dr. Mann,” says Russomanno.

Mann, a professor at Pennsylvania State University, is famous in part for producing the “hockey stick” graph, which is made up of recorded and reconstructed global temperature data over the past 1,000 years. First published in 1999, it shows a roughly horizontal, slightly declining progression over most of the graph, then a sharp uptick over the 20th century. Because the graph presented such a striking visual representation of global warming, it became a go-to piece of evidence for activists before An Inconvenient Truth brought that idea into the mainstream. Academic work that followed challenged Mann’s methodology, although it has largely stood up to the criticism, and Mann’s conclusions have been corroborated independently many times.

Then, in 2009, hackers acquired and leaked thousands of emails from and between high-profile climate scientists. Some climate change deniers alleged that they uncovered a conspiracy to manipulate data to fit preconceived hypotheses. Their accusations stemmed largely from an email sent by Director of the Climatic Research Unit Phil Jones to Mann and others that included the sentence: “I’ve just completed [Mann’s] Nature trick of adding in the real temps to each series for the last 20 years (i.e., from 1981 onwards) and from 1961 for Keiths to hide the decline.”

Without context, the sentence sounds bad. But “the decline” actual refers to a decline in tree growth in certain parts of the world since about the 1950s, not to a decline in global temperatures. Tree growth is a bad proxy for temperature from this time onwards, a problem that is well known and openly discussed in the scientific literature. Mann’s “trick” was to take out modern tree ring growth data known to be problematic and put in thermometer data, which is reliable. This was done transparently: Mann’s graph clearly labels where direct temperature data is used and where proxy data is used. It’s not a “trick” so much as a process, but it’s hard to get a cat back in a bag.

Eight separate inquiries into the so-called Climategate fiasco later, no one had found convincing evidence of wrongdoing. Time passed.

Then, in 2012, the Freeh Report found that top Penn State officials and Joe Paterno were aware of accusations of child abuse against former assistant football coach Jerry Sandusky. Blogger Rand Simberg saw an opportunity to hold Mann’s professional affiliation against him. Simberg suggested that, in light of this new evidence of a “rotten and corrupt” culture at Penn State, the Mann case deserved a fresh investigation. Simberg made this argument on the website of the Competitive Enterprise Institute, a right-leaning think tank funded in part by the Koch brothers and Texaco.

“Mann could be said to be the Jerry Sandusky of climate science, except that instead of molesting children, he has molested and tortured data in the service of politicized science that could have dire economic consequences for the nation and planet,” Simberg wrote. The line was later edited out of the post.

Mark Steyn of the National Review quoted Simberg’s bon mot in a story, suggesting that he’d gone a bit far before saying that Simberg “has a point” and calling Mann “the man behind the fraudulent climate-change ‘hockey-stick’ graph.” As for Penn State, Steyn had a big question: “If an institution is prepared to cover up systemic statutory rape of minors, what won’t it cover up?”

Mann launched his defamation case against the authors and publishers of these posts. The lawsuit further named Rich Lowry, editor of National Review, for an editorial in which he describes the publication’s reasoning for refusing to take down Steyn’s post after a letter from Mann threatening legal action. On this point, however, the appeals court sided with the defendants and threw out the complaint, arguing that the editorial did not repeat the defamatory material from the other two posts, and that criticisms of Mann within it were protected under First Amendment rights to free speech.

Put differently, Lowry was criticizing Mann’s behavior in threatening legal action, but not suggesting that he was a liar or trying to associate him with a pedophile to further a political agenda.

Michael Gerrard, a professor at Columbia Law School and director of the Sabin Center for Climate Change Law, has no trouble seeing the difference. He’s supportive of Mann’s suit and hopes that deniers will think twice about accusing scientists of professional misconduct. “The allegations that were made against Mann were so personally outrageous that they warranted a counter strike,” he tells Inverse. “It’s unusual for one of the climate scientists who is being bashed by the climate deniers to push back so strongly.”

It’s important for scientific debate on the subject of climate change to continue without inhibition, says Gerrard. But in this case, the allegations of misconduct and fraud, unsupported by evidence, crossed a line.

Jonathan Adler, a professor and director of the Center for Business Law & Regulation at Case Western Reserve University, disagrees. Adler’s contends that the blog authors could have honestly held the opinion that Mann’s hockey stick was based on fraudulent data based on the wording of the Climategate email. “They noted that there had been investigations of Mann’s conduct and explained why they believed those investigations were inadequate or unreliable,” he says. “To make this sort of comment actionable defamation in the context of a public figure is to threaten public discourse and make it perilous for individuals to challenge official pronouncements.”

Could Simberg and Steyn have honestly held the belief that Mann engaged in fraud in the face of the facts? Maybe. Certainly it is possible to truly believe that climate change isn’t real despite the enormity of the evidence against that position. Climate change denialists who surround themselves with climate change denialists may see this as a reasonable position, and even the theory that a vast network of climate scientists from different institutions and backgrounds worldwide are cooking the books in order to get government grants becomes believable. But there is a difference between believing in conspiracy and labeling someone a conspirator because they once shared a campus with a sexually predatory pedophile.

On the other hand, believing that climate change denialism is itself a well-funded corporate conspiracy is different from believing that two men were active conspirators — even if one was writing on a platform paid for in part by oil interests.

Adler adds that a ruling against Simberg and Steyn could pave the way for more lawsuits in both directions. Climate skeptics, for example, may want to sue those who label them “corporate shills” without the evidence to back it up. “This would not be a good thing, as it would become too easy to use litigation to impose costs on ideological adversaries,” Adler points out.

Ultimately, the case may come down to whether the post authors had a duty to consider the full weight of evidence contained in all the Climategate investigations, not just the one by Penn State. The court ruling found that allegations of misconduct on Mann’s part, arising from the language in the email, had been “definitively discredited,” by the cumulative weight of evidence presented by the various inquiries. “We are struck by the number, extent, and specificity of the investigations, and by the composition of the investigatory bodies,” writes Judge Ruiz.

Did Simberg genuinely believe that Mann had lied intentionally and did he genuinely intend to suggest that the Sandusky case indicated how he might have gotten away with it? The idea strains credulity given his work — he once opened an article about the Columbia disaster entitled “The Right Stuff” by admitting “I haven’t read the Gehman Report on the Columbia accident in its entirety, though I’ve skimmed the whole thing….” Reading entire reports, much like conducting science experiments, is time-consuming and quite a bit duller than fulminating. The question that the Mann case may answer is whether or not people that seek to speak out against science need to actually care about it enough to engage with it. Up until now, that hasn’t been the case.