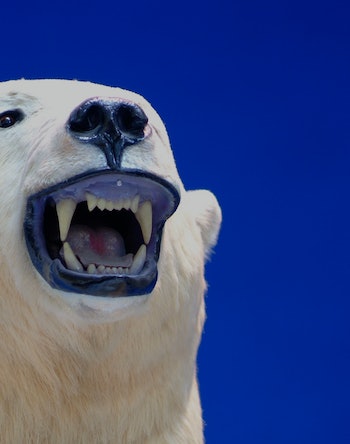 Every four years, a substantial number of Americans float the idea of moving to Canada if this or that loathed political candidate wins the Presidential election. Unsurprisingly, this political cycle drummed up an abnormal amount of interest; if the sheer volume of articles on the subject is to be believed, Trump might want to think about building a wall on the Canadian border as well, this one to keep Americans in. But this year, the quaint Canadian tradition took a darker turn, as it became a means to trick technology companies into undermining the data security of their users.

When it comes to freedom of both speech and data, there’s probably no worse Western country than Canada. While the Trump administration has made worrying statements about privacy and the internet, the real escape routes for those worried about data security must be either to the south or the east — but definitely not toward England.

Since well before the Civil War, Canadians have encouraged Americans to defect due to national politics — though it’s questionable how many really have. Draft-dodgers from the Vietnam War extended and expanded the idea of Canada as a liberal utopia, and the politics of universal health care pushed American ideas about Canada to even more extreme and inaccurate places on both sides of the political spectrum. It’s a unique privilege in this highly nationalistic world to be periodically fetishized by a foreign country, but around the time of Edward Snowden’s revelations about government surveillance, the tenor of this Canadian immigration pitch began to change.

Starting in 2014, Canada made real efforts to use the tech world’s newfound fear of the NSA to motivate companies to move their offices, or at least their servers, north of the 49th Parallel. To this day, everyone from marketing startups to Industry Canada tells corporate giants Facebook to Exxon that Canada is the best, most convenient place to protect their digital rights, and while major corporations are unlikely to admit that as a motivation for a new Canadian office, smaller and more political bodies just might. The Internet Archive has explicitly bought into the idea that Canada’s sovereignty will protect them from censorship, and the prying eyes of the U.S. Government.

Here’s the catch: In terms of digital surveillance, Canada is an open patsy of the U.S. Government, and largely unrestrained in its pursuit of American interests.

Canada is a member of the so-called Five Eyes alliance that mandates open sharing of intelligence between the U.S., Canada, the UK, Australia, and New Zealand. Many experts believe that the agreement is regularly used to get around legal limitations on domestic spying within these countries. As intellectual property lawyer David Fraser told the Toronto Star, “If there’s any information in Canada that’s of interest to the NSA, they just get it from the Canadians.” It’s been revealed that the NSA has at times simply paid Canadian spies for equipment and work, which Glenn Greenwald believes allows the Americans to “direct how the spying is carried out.”

But that’s getting a bit ahead of ourselves. Canada can’t provide information to the NSA or any other U.S. agency that it doesn’t have. So, how likely is it that the Canadian authorities would have access to it in the first place? Thanks to a Patriot Act-like piece of Canadian legislation called Bill C-51, Canada’s security and law enforcement agencies have wide powers to collect and share just about any sort of information — but it hardly matters, since those same agencies have been repeatedly proven to have exceeded those powers and spied on their own citizens, regardless.

Just months ago, a Canadian court handed down a harsh rebuke of the government’s bulk data collection program — which, remember, was only discovered thanks to an American whistleblower. The iconic, red-suited Royal Canadian Mounted Police in particular have a long history of this sort of abuse. (My favorite anecdote from history involves their long-term, targeted surveillance of a group of left-wing retirees called “The Raging Grannies.”)

“Anyone who would look to Canada as a safe haven would be fooling themselves,” University of Toronto professor Ron Deibert told Bloomberg in the midst of Snowden’s revelations. “Canada would be one of the poorest choices as we have a long-standing relationship with the NSA.” Put simply, Canada will not protect your rights — and in any case, you don’t have nearly as many of those as you probably assume.

Still, while Canada is a terrible place to run to protect the privacy of employees and users alike, services like the Internet Archive are also looking for an escape from possible censorship. The assumption is that Canada’s legal system will protect them from American take-down orders — no luck there, either. Canada’s Charter of Rights and Freedoms protects speech within “reasonable limits,” and in recent years this has been augmented by the aforementioned C-51 anti-terrorism bill. The Internet Archive is specifically trying to escape scrutiny based on the frequent uploading of extremist material to its servers; in Canada it’s illegal to host information that “relates to acts of terror around the world.”

That said, there’s a second, far more honest Canadian pitch to global tech, and it begins with the workers themselves. The idea is not that the companies or their services are better off in Canada, but that if enough workers from the tech sector head North, brain drain will force business to follow. The assumption is that the average tech worker has broadly liberal social views and hard libertarian ideas about data freedom — and, apparently, no real ability to do some quick Googling about Canadian law.

The fact is, Canada is a country with just as many legal and bureaucratic problems as the U.S., but far less institutional oversight to keep everything in check. Canadian privacy problems are different than American problems, but they’re still problems. If your goal is to find an easy place to relocate yourself or your business for a more tech-friendly national mindset, any educated Canuck would remind you: Most people in Iceland speak English, too.