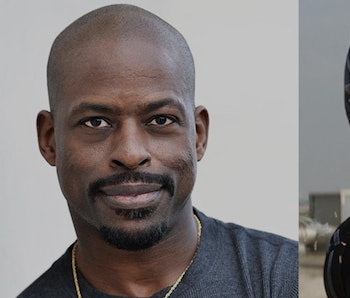 The already stacked cast of Black Panther just got even better, as Marvel revealed on Thursday that The People v. O.J. Simpson and This Is Us star Sterling K. Brown will be appearing in Wakanda as well. He’ll be playing N’Jobu, a figure from T’Challa’s past who appears to be a new character who isn’t in the original comics.

Brown, who won an Emmy Award for his portrayal of Christopher Darden in the acclaimed People v. O.J.) miniseries last year, joins star Chadwick Boseman and a host of other talented actors, including Michael B. Jordan, Forest Whitaker, Lupita Nyong’o, and Angela Bassett.

Not much is known about Brown’s role, N’Jobu. He doesn’t appear to be in any existing Black Panther comics, and he’s certainly not in Ta-Nehisi Coates’ much-praised current run. Black Panther is supposed to draw most of its inspiration from Coates’ ongoing series, thought the addition of Brown’s N’Jobu shows Marvel isn’t afraid to make up some stuff of their own.

It’s unclear how big a part Brown will have, and we don’t know how far back N’Jobu was — or is — in T’Challa’s past. He could appear only in flashbacks, perhaps helping to train a young T’Challa to be the Black Panther, or he could reappear in the current timeline as either an old ally or a foe.

We’ll find out for sure when Black Panther roars into theaters on February 16, 2018.