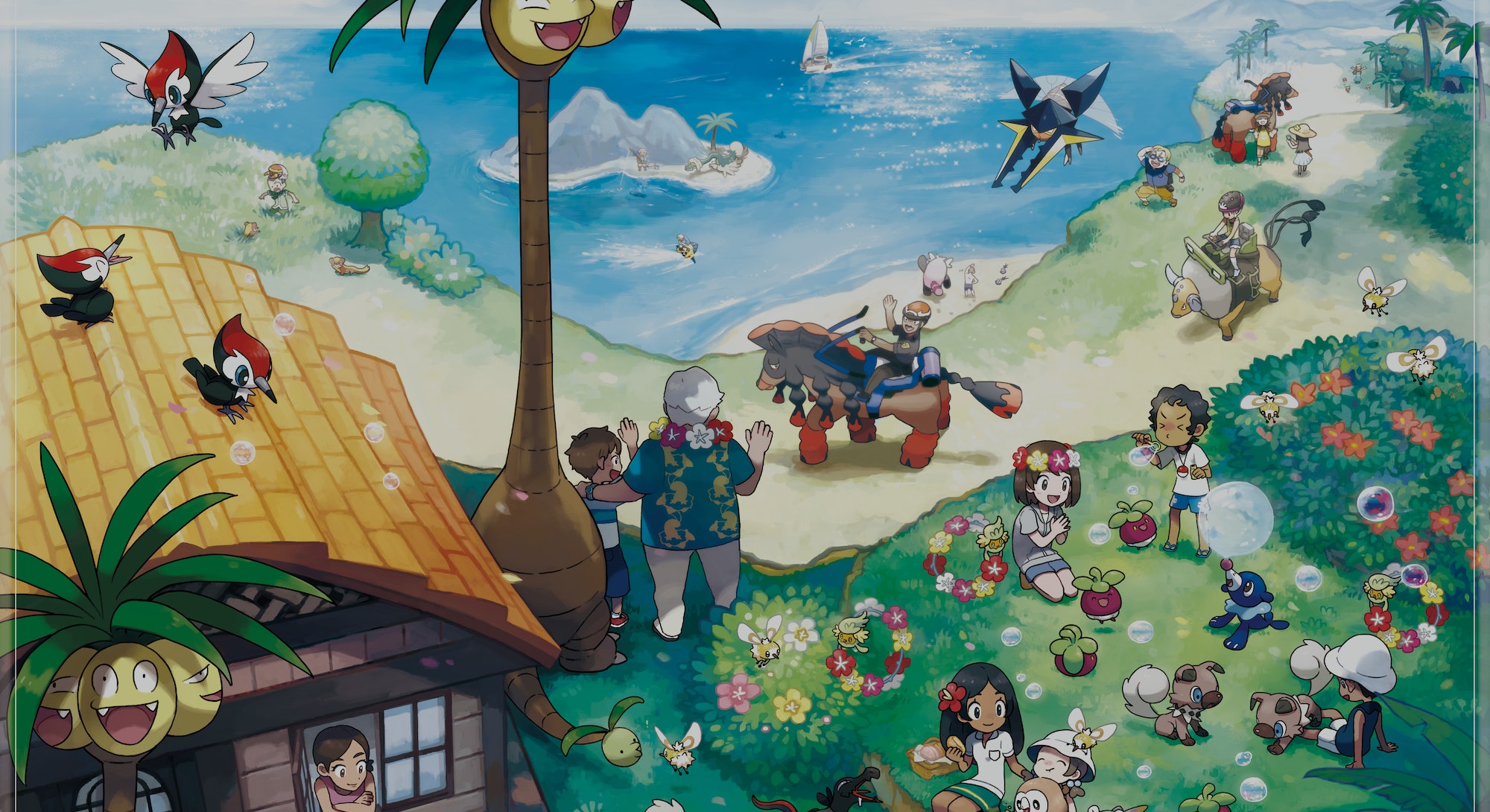 If you’ve been spending copious amounts of time in the world of Pokémon Sun or Moon, odds are you’ve cleared the main game and are completing all the [end-game activities](https://www.inverse.com/article/24594-pokmon-sun-and-moon-leveling-tips-and-tricks-guide]. As a result, you’ve probably trained up a team of strong Pokémon too. But unless you dive into the world of Pokémon breeding, your team will never be able to reach their true potential.

Why You Should Breed

See, every Pokémon you catch, find, trade, or hatch, even if they are of the same species, has a different set of attributes referred to as Individual Values. These IVs are essentially a specific Pokémon’s genetic code and thus determine how effective they are in battle relative to the six base stats: HP, Attack, Defense, Special Attack, Special Defense, and Speed.

Each of the six base stats provide a permanent and valuable boost to your Pokémon in battle. Here’s the breakdown:

IVs range from zero to 31 in each of the stats for a Pokémon, adding one point to the corresponding stat when a Pokémon reaches level 100. This means that you can tack on up to 31 points per stat (HP, Attack, Defense, Special Attack, Defense, and Speed) for an individual Pokémon. Because stats scale with level though, you’ll get less of an effect at lower levels. For example, at level 50, it takes two IVs to make one stat point, thus cutting the bonus in half.

Your end goal is to raise a Pokémon team with perfect IVs across the board, meaning you have a genetically perfect Pokémon which can further be trained with EVs (more on that later) for competitive battling. Thankfully, you don’t have to run around in the wild catching hundreds of a specific Pokémon in hopes of getting one with perfect IVs and a desired Nature because Pokémon breeding is the best way to get a genetically perfect Pokémon in Pokémon Sun and Moon.

The Importance of Pokémon Natures

Every single Pokémon you catch, breed, trade, or find will have a specific Nature located on its summary screen. A Pokémon’s Nature will increase one of its non-HP stats while decreasing another stat, allowing you to boost one slightly to make it more powerful for the role you’re breeding it for.

Nearly every Pokémon has advantages and disadvantages in a more competitive setting, but no matter what you breed them to accomplish, you’ll have a Nature to compliment it. There’s a ridiculous amount of Pokémon Natures to learn, but most of them are relatively straightforward. Here’s an entire breakdown:

When breeding Pokémon, make sure you have the parent with the desired Nature holding the Everstone item which guarantees it will be passed down to its offspring. This is the easiest way to keep your Pokémon breeding on track when attempting to breed a perfect Pokémon for a specific role on your team.

How the Breeding Process Functions

In Pokémon Sun and Moon, you’ll be dropping your Pokémon off at the Pokémon Nursery located on the north end of Paniola Ranch. Speak to the woman at the counter and leave two Pokémon with her, usually a male and a female, to have them make an egg. Be sure to check if they’re from the same egg group first otherwise you won’t find any eggs upon your return.

Egg groups determine which Pokémon are capable of producing eggs together, which can easily be found on Pokémon databases such as Serebii or Bulbapedia. Often, you’ll find some odd combinations, like Magikarp and Charizard, but what you’ll want to aim for is breeding with a Ditto, who can breed with almost every Pokémon regardless of their egg group resulting in a much faster IV transition.

When two Pokémon from the same egg group are placed in the Pokémon Nursery to make an egg, there’s a few important things you need to know about. If the parents aren’t holding any items, the Pokémon you hatch from their eggs will have a random Nature, an ability from one of its parents, and three random stats from its parents. Fortunately, there are ways to shift the odds in your favor. You’ll just have to collect some items and Pokémon first. Here’s what you’ll need to grab:

Once you’ve obtained the items you need to breed efficiently, grab the pair of Pokémon you wish to breed and head back to the Pokémon Nursery. Give the Everstone to the parent who holds the desired Nature, and pass the Destiny Knot to the parent with the best IVs. Then, wait for your first egg to appear. Grab it from the Nursery, then head down into the small pen filled with hay outside. Mount up on your Tauros with your Ride Pager and have him charge, running in small circles in the pen until your egg hatches.

Ultimately, you’re looking to hatch a Pokémon with better IVs than one of the parents, then you’ll swap it into the breeding rotation at the Nursery to further your chances of getting more perfect IVs in the next Pokémon you hatch. It may take a ton of time and a bit of luck, but eventually? You’ll end up with a Pokémon that has perfect IVs across the board.