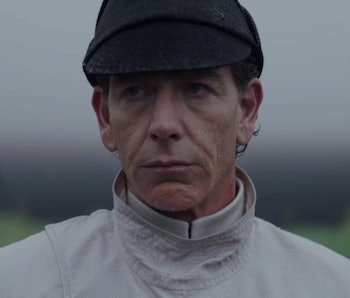 Somewhere, in a sideways universe very, very close, there’s an alternate version of Rogue One: A Star Wars Story — and according to Orson Krennic actor Ben Mendelsohn — certain scenes in this bizzaro Rogue One would have “vastly different readings.”

Speaking to Collider, Mendelsohn explained that various versions of different scenes were intentionally shot for Rogue One, and that there were “multiple ways of going at any given scenario.” The actor further revealed that he felt that at least “four scenes,” would have been different than the theatrical cut and that another cut of the film could have had “enormous differences within … 20 or 30 of the scenes.”

Speculating as to what these differences would have been like is like catnip for hardcore Star Wars fans. Could Orson Krennic have survived? Might he have been bested in a different way? Could some of the unused footage from the trailers been a really big deal in different cut?

In terms of a different story for Krennic, two scenes from the trailers standout. The first is the brief sequence of Krennic walking over the puddle on the surface of Scarif. In the final film, Krennic never makes it down to the beach, but this scene from the trailer indicates that in at least one version, he did. Considering there is also unused footage of Cassian and Jyn running on the beach with the Death Star plans, this suggest at least one cut of Rogue One in which Krennic himself (maybe) confronted the Rebels from a different altitude.

The second big Krennic scene from the trailers, which went unused in the final cut, is trickier to interpret. In it, Krennic is clearly talking to Darth Vader and says somewhat confidently: “The power we are dealing with is immeasurable.” What’s interesting here is not only does Krennic seem unafraid of Vader (a contrast to Vader owning him in the film) but also that the environment they’re in looks totally different than in the final cut.

As it stands, Krennic talks to Vader in the Dark Lord’s castle, but the room they talk in during the trailer looks more like the interior of the Death Star, or some other Imperial craft. Could Vader have visited Krennic on Scarif at one point? Is Vader talking to Krennic aboard his Star Destroyer? If the DVD/Blu-ray release of Rogue One includes deleted scenes, maybe these scenes will all be very long.

Rogue One is out in wide release now, but we’ll have to wait until the eventual DVD/Blu-ray release to know for sure what these scenes entail.