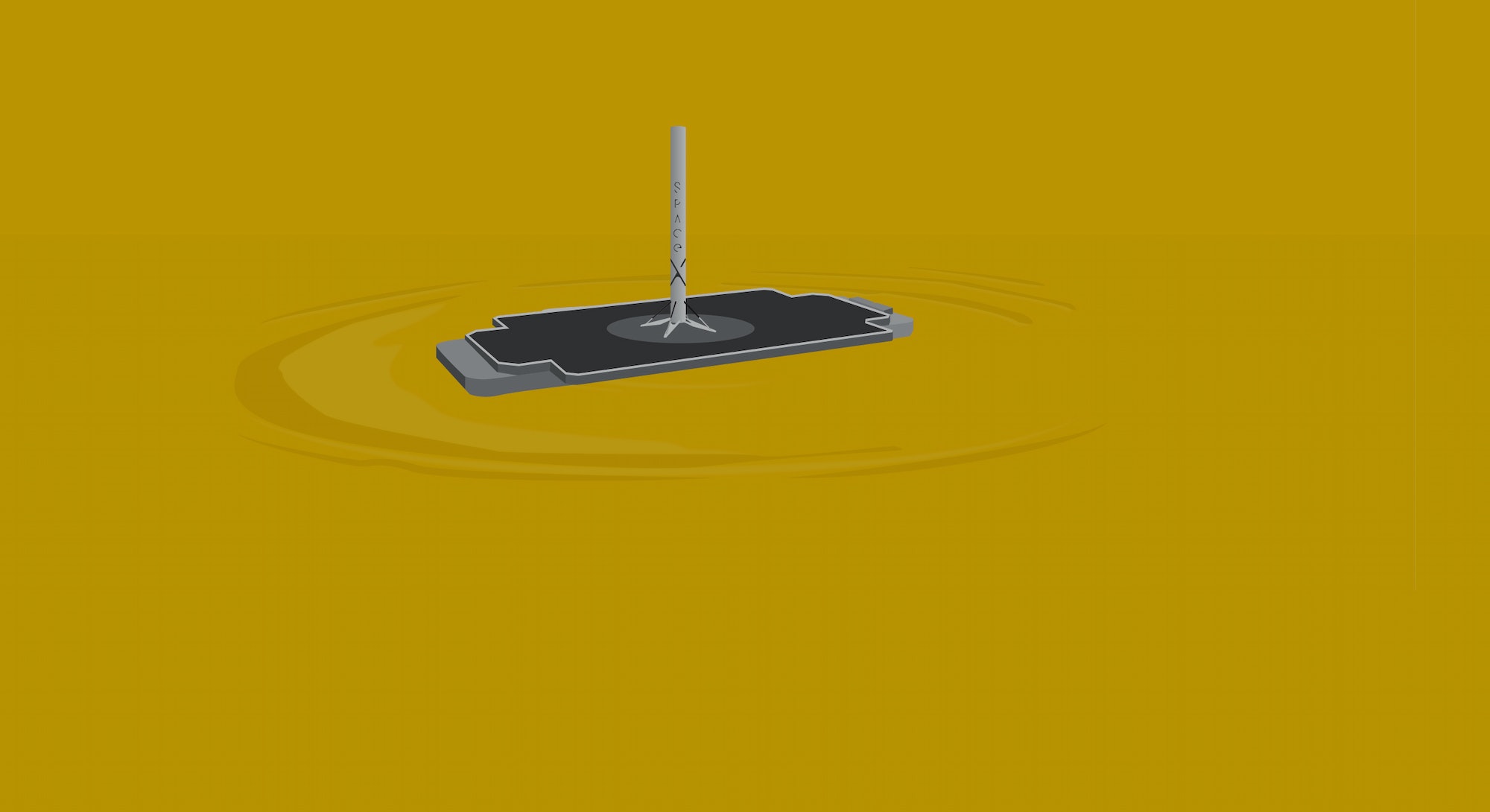 In March 2013, the California-based aerospace company SpaceX announced its intention to launch and land a Falcon 9 rocket. It was an ambitious plan designed to save money by frontloading the cost of experimentation in order to recoup the expense of repeatedly scuttling $62.2-million boosters in the ocean as every private space company and public agency always had. Routinely landing and reusing those first-stage boosters would allow SpaceX to offer customers, including the federal government, discounted rates, making more missions to space financially feasible. “I really want to emphasize that we don’t expect success in the first several attempts,” warned Elon Musk, SpaceX’s CEO and lead designer, going out of his way to make it clear that the initiative was experimental in nature and might ultimately fail.

The experimental initiative would ultimately serve as an organizing principle for other experiments designed to usher in a new age of rocket science. In order for the larger plan to work, reverse thrusters, GPS systems, and grid fins had to function, the rockets had to remain upright after landing at sea, and the droneship — an autonomous football-field sized platform that was once a barge but now outfitted with four engines — had to remain level against ocean swells. If the experiment worked, that success would represent a significant step toward getting humans to Mars. NASA press secretary Stephanie Schierholz puts it this way: “Sending humans to Mars requires all hands on deck – government, industry, academic and international partners and citizen scientists – we need everybody.”

For SpaceX to achieve, as Musk is fond of saying, “full and rapid reusability,” it needed to make landing the Falcon 9 — named for the Star Wars Millennium Falcon — back on Earth part of a routine mission. In the immediate term, that meant landing those rockets on a droneship. Why the droneship? It has to do with the distance Falcon 9 must travel to execute its mission. The rocket doesn’t have enough room for propellant to complete the return trip to the Florida coast. So, a droneship in the south Atlantic was required. In short, a rocket would go all the way to its destination, but it wouldn’t come all the way back.

Because of the orbital dynamics at play at various distances above the Earth, flipping around a booster and descending toward a target requires mission-specific planning. Low-Earth orbit missions to the International Space Station and missions to put telecommunications satellites farther into geostationary orbit require different flight plans. By investing in the droneship landing program, SpaceX wasn’t just positing that it could land a booster; it was hoping to demonstrate that all boosters could be saved and reused, saving more than $60 million per mission. In essence, Musk was challenging the necessity of wastefulness that had represented a status quo for over 60 years.

For missions that involve a droneship landing attempt, the Falcon 9 launches from Space Launch Complex 40 at Cape Canaveral Air Force Station, Florida. After completing its primary mission — separating from its payload — the rocket flips around and begins a controlled descent to the droneship. Testing began in phases, first with controlled descent in the fall of 2013 and spring of 2014, resulting in splashdowns into the Atlantic. In July 2014, the water touchdown occurred closer to the coast and nearer to where a droneship might be positioned and SpaceX announced that it would attempt to land on a “floating platform.”

The first use of that “floating platform” would come in January 2015: SpaceX was preparing for the CRS-5 mission, a resupply trip to the ISS. After sending off the Dragon spacecraft to the station, the Falcon 9 would return to Earth and, for the very first time, attempt to land on Of Course I Still Love You, a droneship named after a ship in the 1988 sci-fi novel The Player of Games. Predictably, the Falcon 9 crashed spectacularly. But Musk seemed unperturbed, announcing that “a wealth of data” had been collected and, shortly thereafter, the next mission.

The biggest variables were the velocity and heat created by the first-stage as it returned to Earth. With cargo resupply missions to the ISS, the landings were relatively slow and cool compared to geostationary orbit missions that had hot, high-velocity landings. There were also ocean swells and GPS miscalculations that could disrupt the experiment. And finally, the actual landing equipment could malfunction. Each mission became about leveraging data from prior missions to mitigate the effects of each environmental variable.

The first four attempts to land on the droneship failed, but with each loss and resulting explosion, SpaceX collected more data. The first attempt, in January 2015, showed that the rocket’s steering “grid fins worked extremely well from hypersonic velocity to subsonic,” Musk posted on Twitter. But the rocket “ran out of hydraulic fluid right before landing.” Explosion. The second attempt came closer, but static friction in the bipropellant valve created a mechanical chain reaction that disrupted the landing. Explosion. The good news is that the landing was very accurate. The third failed attempt was a much simpler reason for failure: one of the legs that kept the rocket upright didn’t deploy, the rocket tipped over on the droneship. Explosion. There was no video of the fourth failed landing, but Musk explained that it “landed hard” and that he “didn’t expect this one to work” because of the very high velocity due to the altitude of the mission. Explosion. “Next flight has a good chance,” Musk commented. He was right: On April 8, 2016, the Falcon 9 executed a vertical droneship landing. It wasn’t as difficult as it might have been as it was only coming from low-Earth orbit after a cargo mission to the ISS.

Still, the experiment’s success broke through the space news bubble and into the mainstream. “Congrats SpaceX on landing a rocket at sea,” President Barack Obama posted on Twitter. “It’s because of innovators like you & NASA that America continues to lead in space exploration.” While Musk has said that “reusability is fundamental” to space exploration, none of the two Falcon 9 boosters that have since safely landed on the droneship (one was damaged) have returned to space. So SpaceX isn’t quite at the point where it can, in the words of Musk, “hose it down, give it a wash, add the propellant and fly again.” The company had plans to send one of the used boosters back to space in the fall, but an explosion in September during a pre-launch test put the schedule on hold. As of December 8, 2016, SpaceX has attempted to land the Falcon 9 on Of Course I Still Love You nine times. Of those nine experimental attempts, it stuck the landing three times and failed six.

The fact that SpaceX has yet to perfect reusing rockets is secondary to the fact that it can be done, and the company’s not alone: Blue Origin, started by Amazon founder Jeff Bezos, was first to safely land bring a rocket back in November 2015, although the Blue Origin New Shepard rocket landed on terra firma. When aerospace companies can perfect the reusable rocket, space travel will be cheaper and scientific research will advance faster because of greater access to the great unknown “The cost to refuel our rocket — it’s mostly oxygen on board — is $200,000 to $300,000, but the cost of the rocket is $60 million,” Musk has said. We learned this month that the next Falcon 9 launch will happen in “early January,” when it sends up a telecommunications satellite. And while telecommunications satellites are undeniably important, lower-cost trips offered by SpaceX — or other launch providers that can reuse rockets on droneships or terrestrial pads— promise accelerated advancement of scientific exploration.

To put it in concrete terms, reusability means better odds of getting humans to Mars. Musk has often said getting to the red planet is the reason SpaceX was founded. In the long-term, he envisions hundreds of booster trips between Earth and space, schlepping vessels full of colonizers to “parking orbit” before they depart as a fleet to Mars. Musk said after the first historic landing that SpaceX competitors ought to follow suit: “I’m hopeful that the other launch providers will head in the direction of reusability.” Schierholz agrees: “It’s more than just SpaceX — commercial companies are essential to NASA’s space exploration goals, to benefiting humanity, and to enabling the journey to Mars”