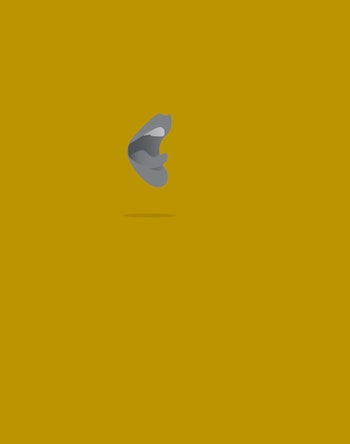 In 2015, a UCLA graduate student named Michael LaCour teamed up with the well-regarded Columbia University Political Science Professor Donald Green to publish a study so graceful and profound it fueled its own news cycle. Part of the experiment’s appeal was its method: Gay canvassers knocked on the doors of gay marriage opponents and attempted to persuade them to change their minds over the course of 22-minute conversations. The subjects, whose attitudes had been recorded prior to each encounter, were subsequently asked about their opinions on homosexual rights. Though many subjects maintained some homophobic attitudes, most showed considerably more compassion and understanding to homosexuals — and not just immediately. The effects of conversations were still in evidence nine months later.

The broader conclusions were both clear and encouraging: Bigotry can be extinguished one awkward conversation at a time!

This sounded too good to be true because it was. Two University of California, Berkeley graduate students — David Broockman and Joshua Kalla — worked with the Los Angeles LGBT Center to attempt to replicate the results and failed utterly. They were baffled by repeated failure until they cut into LaCour and Green’s work with Occam’s razor and found a rotten core. It was made up.

The ensuing scandal rocked the world of social science research. The LaCour and Green experiment wasn’t scientific at all, just appealing, and, more specifically, appealing to journalists and non-scientist readers of scientific journalism. It was the sort of work that leads to book deals, not progress. But it also made Broockman and Kalla wonder if there wasn’t, in fact, a way to devise a real experiment to measure the efficacy of conversation as a means of eroding bigotry. They agreed that there must be.

Social science research has long indicated that prejudice takes root early, grows over time, and can only be cut back through intense intervention. Even with intervention, stronger forms of bigotry, like racism, can — at best — be reduced for a mere 24 hours before old attitudes start to grow back.

Despite being political scientists, Broockman and Kalla chose to contextualize their work in psychologist Daniel Kahneman’s “System 1 versus System 2” theory of thinking. They wondered whether transphobic individuals were displaying an automatic or gut response or actually thinking through their attitudes. “How could we think about effortful thinking in terms of longstanding effects, and how can we get them engaged in a conversation?” Broockman asked. That question led to the notion of analogic perspective taking, drawing perspectives from one’s individual life experiences to understand someone else’s life experience. Broockman and Kalla decided to test the idea that a structured conversation designed to encourage analogic, System 2 thinking could change the attitudes of transphobic individuals over a prolonged period of time.

Broockman and Kalla used real life to stage their conversation experiment. The conversations happened immediately after a December 2014 ordinance passed by the Miami-Dade County Commission that made discriminating against transgender people in housing and employment illegal. Fifty-six canvassers were brought in from the LA LGBT Center and SAVE, a South Florida LGBT advocacy group, then sent them out to speak to 501 households to stage an intervention of sorts to try to quash fears of heightened transphobia in the area.

The canvassers showed up unannounced at peoples’ homes and portrayed themselves as working for an advocacy group working to inform voters about why the ordinance was necessary and to gauge individual stances on transgender rights. Each voter was then shown a video about how repealing the law would endanger transgender people. The conversation came after that and transgender canvassers identified themselves as such. The localization of the issue and the voters was key, Broockman explains, because active processing is contextdependent and because local culture needed to be a constant, not a variable.

Measuring reactions was difficult — how do you quantify a change in opinion? — but Broockman and Kalla figured out a way to measure change by recruiting 68,378 registered voters for an online survey to establish a baseline, then having a computer program randomly assign canvassers for interventions. Attitudes were pre-recorded and unknown to canvassers. subjects weren’t aware of the experiment at all.

When canvassers turned to voters and asked them to talk about how they might have been judged negatively for being different, they pushed them into an analogic mindset. People reacted to this by engaging in System 2 thinking and providing, in many cases, thoughtful answers and displays of empathy. Subsequently asked to consider what it might be like to live as a trans person, subjects seemed to do precisely that.

Broockman and Kalla’s results were less striking than LaCour and Green’s, but doubly significant because they found real changes in attitude: About ten minutes of talking led to at least three months of shifted attitudes.

Broockman acknowledges that his results, like the fictional ones that inspired the experiment, seem a bit too good to be true. Prejudices are difficult to break down and also difficult to release. The results seemed to indicate that a personal experience of compassion would be highly efficacious if it could be, to a degree, scripted. The results also seemed to indicate that such encounters could be scripted in at least on very particular way, by having the subject recount a personal story and having the persuader re-contextualize the lesson learned.

“We don’t have data beyond three months,” says Broockman, who seems determined to mitigate his own good press. “We don’t know about longevity of effects. The state of the field is rudimentary, and it’s focused so far on how to get into a person’s head. Some people are great at canvassing, others are not. It’s about who is able to do persuasion, not just conversation.”

It’s also important to keep in mind that the specific issue at hand — transgender rights — might have led to this specific result. There’s no rational reason to believe that talking to someone who doesn’t disagree with you for 10 minutes will necessarily eliminate or ameliorate three months of bigotry. That simple happened in one case in one place. “People’s minds are rapidly changing on social issues like transgender right anyways, and they’re becoming more vocal about abuse and assault,” says Broockman, adding he wouldn’t expect similar results if the experiment was conducted around abortion rights.

Still, the results hold. And in the real world, there are lessons for both voters and people trying to get voters’ attention. Consider campaigning: Not visiting a state and talking to people on the ground about their problems will make it not only difficult for a politician to get elected but also for them to understand what their constituents want and need.

“People are complicated,” Broockman said. “Some people are not who you think they will be. Some people might not talk to you. But some people you might not expect to talk to you might, and that builds a foundation for understanding.”