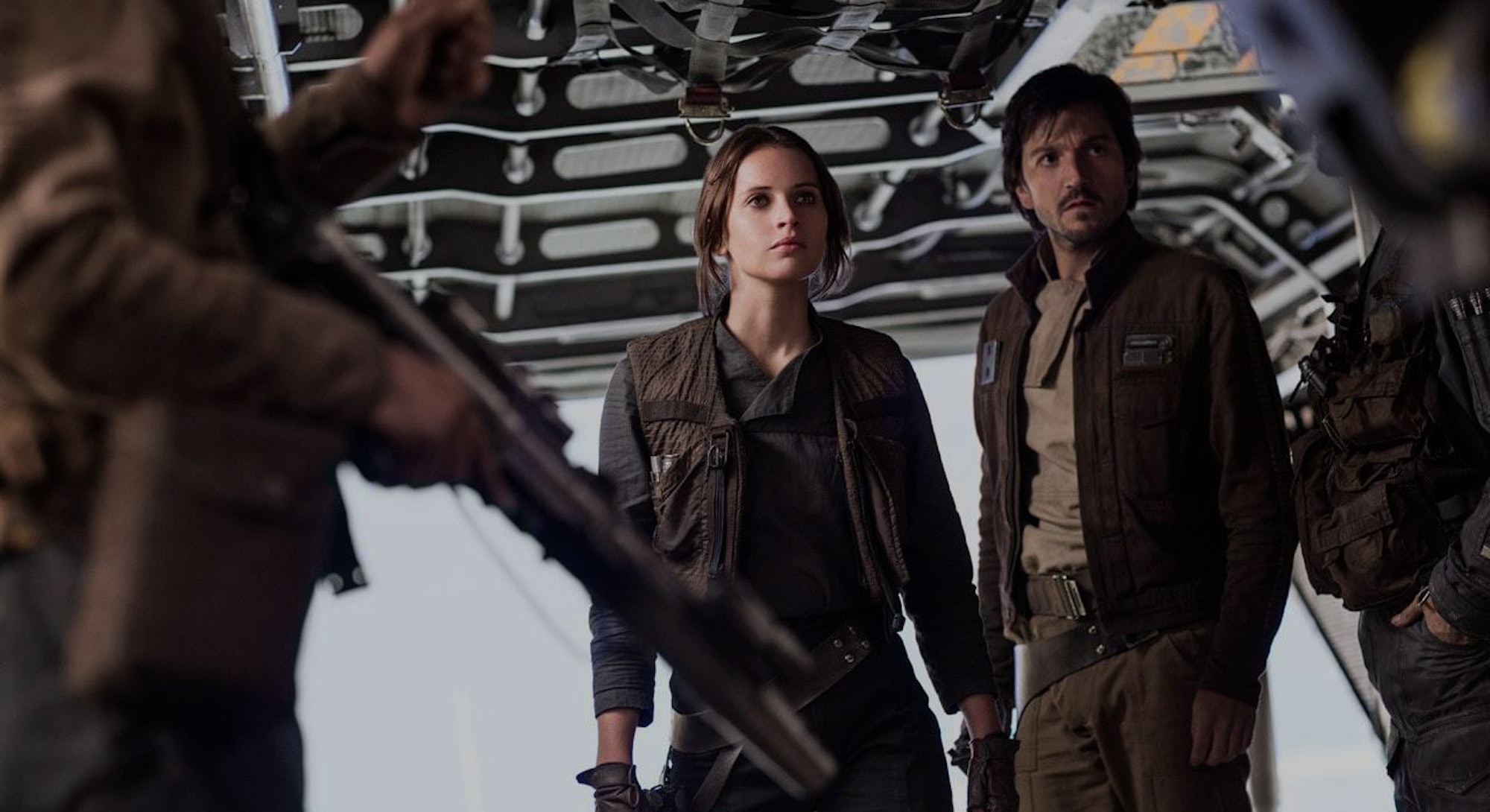 The best thing about Rogue One: A Star Wars Story is that it ends. And that is very much a compliment.

It used to all be so simple. Movies, no matter their size and scope, were obligated to follow a three act structure: Beginning, middle, and end. The rise of the blockbuster franchise and interconnected multiverse, however, has meant that over the past half decade, none of the big event movies put out by studios have followed that most basic maxim. Instead, big-budget movies are like gigantic episodes in billion-dollar television shows, existing mostly to set up the next adventure.

Since The Dark Knight Rises closed the book on Christopher Nolan’s Batman saga, fans have been treated to movies designed to be slightly unsatisfying. The journey may be fun, but we largely already know what will happen in the end. Destruction will rain down, a big battle will be fought, a henchman will be vanquished, and the heroes will live on to the next chapter, with resolutions promised sometime later. There are no stakes, because the corporate imperative is to preserve sources of future income. Even the best of these movies, largely in the Marvel Cinematic Universe, actively skirt closure.

The unique nature of Rogue One gave it license to buck this trend, and adhere to more traditional — and satisfying — storytelling structures. It takes place after George Lucas’s prequel trilogy, and right before the 1977 film, A New Hope, which means that it does not need to establish much backstory, or keep avenues open for future adventures. Its main function within the greater Star Wars narrative is to fill in some backstory and answer one question: How did the Rebels get the plans to the Death Star?

Beyond that narrative thrust, the film — which was written by a committee that included Gary Whitta, Chris Weitz, and Tony Gilroy — was free to create and then destroy its most pivotal characters, settings, and legacies. Sure, there are callouts to Star Wars fans, easter eggs and little explanations for trivia questions no one had thought to ask over the last 40 years. And some villains have to survive, because the Emperor and Darth Vader need to be around to mess with Luke. But, as new Lucasfilm chief Kathleen Kennedy said last month, there were never any plans to make a sequel to Rogue One, because that would be A New Hope. And you cant really retrofit a movie made in 1977 to include brand new heroes.

We won’t spoil the ending, but it’s enough to know that there is an ending. There will be no (rational) fan theories about how characters will pop up in future installments, or what spinoffs can be made from this spin-off. The heroes had a job, and they get it done. They were part of a relay race, but their leg was finite. When you leave the theater, you don’t have to wait for end credits to ease some later installment and then spend several years looking for clues as to what might happen next.

The movie certainly isn’t perfect, and perhaps because the characters it creates couldn’t stand the test of time, there was less of an emphasis on making them particularly compelling. Jyn Erso (Felicity Jones) is a badass hero, but a largely uninteresting one, which is a shame given her tragic backstory; it would have been easy to make her a wiseass who uses sarcasm as a defensive mechanism. Diego Luna’s Cassian Andor is a hardened battle vet who never shows emotion. Riz Ahmed, a defecting Imperial pilot, is largely wasted. Ben Mendelsohn’s Orson Krennic, the ambitious Empire bureaucrat, is extremely flawed and in a good way — he and K-2SO, the droid voiced by Alan Tudyk, are the most human characters in the film.

But the thin characterizations are made up for by the fact that they all have a purpose and must actually deal with the consequences of their actions. The movie does not magically preserve them for new adventures or leave larger questions unanswered. It has a beginning, middle, and an end; that’s why, despite being yet another chapter in a seemingly endless saga, it is unique in the era of modern blockbusters.