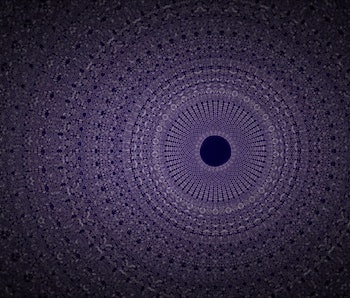 Well, almost all of them. There are two on record that that have been found in nature, although they had an artificial counterpart that was created before their discovery. An international team of scientists have found, for the first time, a quasicrystal nature without having first developed an identical compound in the lab.

All three of these natural quasicrystals, found since 2009, are derived from the Khatyrka meteorite in northeast Russia. This latest one is proof that nature has a method for creating quasicrystals outside the lab. The answer, according to results published in Scientific Reports, could be violent collisions between rocks strewing around space.

The new quasicrystal shares some similarities with its predecessors from the Khatyrka meteorite, including what seems to be a requirement for metallic aluminum. Where they differ is in the compositional chemistry, and the concentration of different elements.

What’s most exciting, however, is the prospect of perhaps being able to emulate the conditions that produced these quasicrystals and synthesizing them through easier means. The applications could stretch from making every day household wares work more efficiently, to making invisibility cloaks a reality.

It’s going to take a lot more work and little bit of luck till we’re close to that point. Let’s hope we can stumble upon another meteorite as unique as Khatyrka’s sooner rather than later.