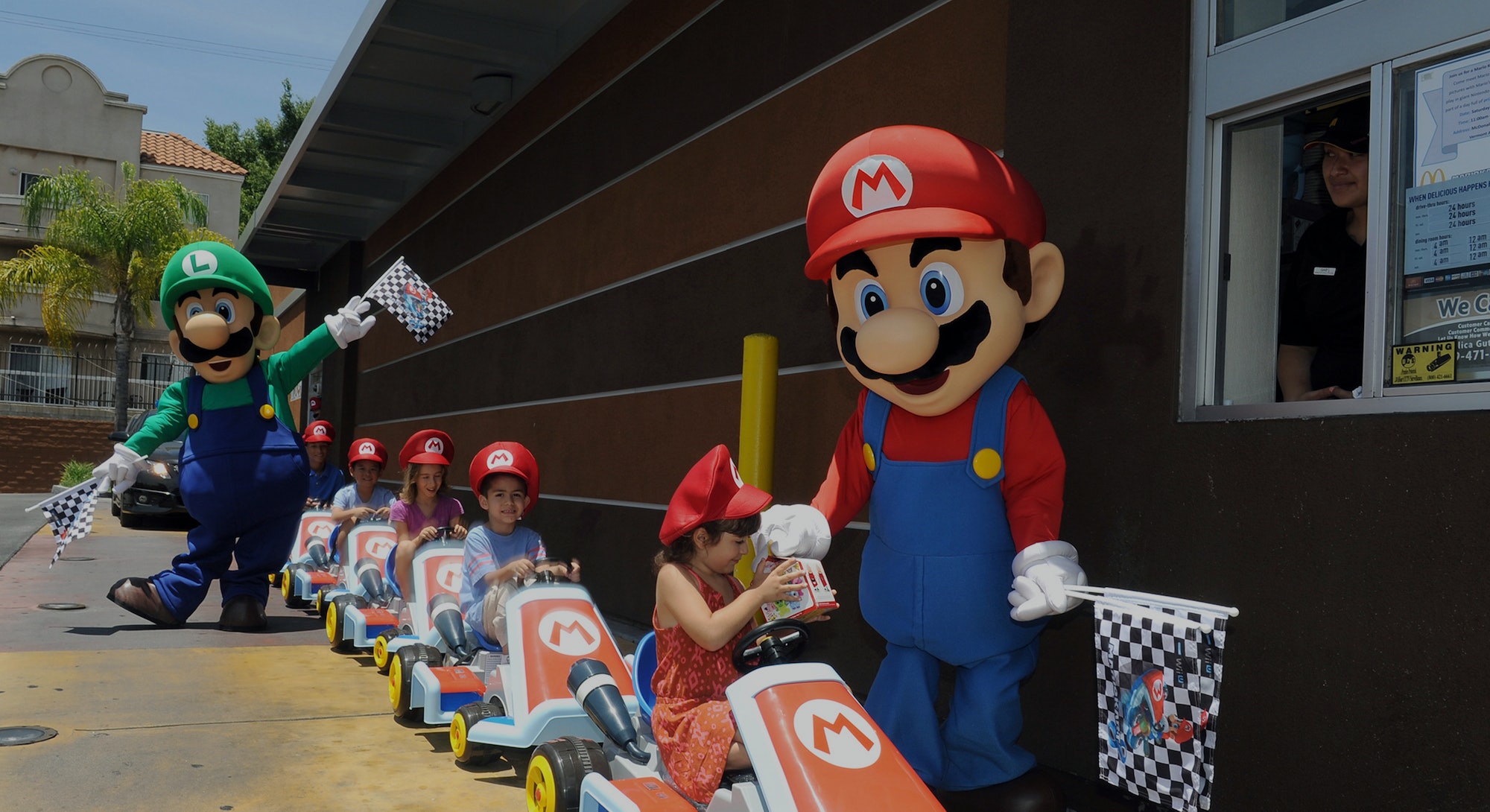 In case you’ve been living under a rock, the collaboration between Universal and Nintendo on theme park rides for the prestigious video game company continues to move forward. A recent video featuring Shigeru Miyamoto essentially reaffirms, “yes, this is happening.” But it was a bit light on … well, everything. That’s why we here at Inverse took it upon ourselves to imagine what the inevitable Nintendo rides might look like.

A room with a whole bunch of Wii Fits. Look, not every idea is going to be a good one.

Sonic is a Sega character, but he basically lives on Nintendo consoles these days. Having a Sonic the Hedgehog-themed coaster would be an incredibly sweet gesture — even if it was just several loops one after another. Rings optional.

This could just be a series of EarthBound-themed batting cages and I’d be happy.

Technically this should probably be titled “Donkey Kong’s Log Flume,” but it’s more interesting to share the wealth with the rest of the Kong family. The obviously jungle-themed water ride could also include real bananas along the way that folks could grab and eat. Yum.

Grab one large air machine, and dozens upon dozens of attachable wing harnesses, and you’ve got yourself The Kid Icarus Float-a-Ganza, a ride that’s so simple it almost hurts.

This would essentially be a ride made to look like an arcade cabinet where visitors do things like climb a series of platforms while a monkey throws barrels at them. Having this rotate between a series of classic arcade titles on a seasonal basis would be smart, but not entirely necessary.

Nintendo should honestly just build a whole waterpark, but a Mario Sunshine-themed area where you can don water-powered jetpacks would be a nice compromise.

Giant versions of classic consoles you can load foam cartridges into and play on huge screens. No remastering or updating required. Basically, just the regular consoles made into ginormous interactive playthings.

Mario Party has never been fun, and yet people eat it up. Doing a version of as many minigames as Nintendo can fit in a small area would probably make bank. I’d personally hate it, but then I am told that I don’t like nice or good things.

Take a regular motocross course, add a seemingly endless series of decent-sized bumps, and rebrand it with “Excitebike” in various areas. Boom.

This would more or less be a physical recreation of the Donkey Kong Country mine cart stuff, but it’d probably have to be changed significantly to accommodate stuff like OSHA standards and just … generally not being immediately deadly to actual humans.

An arena or several arenas modeled after stages from Super Smash Bros. would be incredible. Folks could go in, dress up as their favorite characters, and beat each other over the head with foam weapons. It’d be like Nintendo LARPing.

This is where Luigi lives. There are no ghosts, but you’re equipped with a vacuum at the beginning to make you think there are ghosts to collect. Really it’s just a look into the life of the lesser-loved Mario brother.

This isn’t an attraction so much as a thinly veiled public nuisance. But the Nintendo theme park wouldn’t really be complete without a dude dressed like Captain Falcon running around striking poses and punching people after a lengthy windup.

More or less an exhibit where you can do this to a simulacrum of Mario himself. If I’m being honest, this would be stupid popular, so it’d be worth having several of these scattered throughout the park.

Zelda is known for distinctive minigames that showcase exactly how to perform certain stunts with the various pieces of equipment Link inevitably picks up during the course of the game. This ride would basically be a series of carnival booths for bows, slingshots, grappling hooks (maybe powered by compressed air?), and more.

Think like a traditional bouncy castle, but instead it’s shaped like Kirby. And instead of just climbing in and jumping around, imagine the bouncy, inflatable Kirby actively sucking you in first. It’d be sort of like Bowser’s Inside Story but, you know, Kirby.

Given the success of Pokemon Go, having an augmented-reality ride just makes sense. Why not take advantage of both with a simulation of Viridian Forest where tourists can run about a simulation of an actual forest in the game and catch digital critters? Maybe plush monsters as prizes? Just spitballing here.

The Great Deku tree is the first dungeon from The Legend of Zelda: Ocarina of Time, and it has this particularly creepy, dark, and dank feel to the place. Spiderwebs cover tons of it, and vines let you climb to new levels. The whole thing would make for a great interactive playground.

A physical recreation of World 1-1 as a lightweight Ninja Warrior-style course would do incredibly well. There’d never not be a line. You could even sell Fast Pass-equivalent tickets and call ‘em Warp Whistles.

Imagine, if you will, a ride that puts players in an inflatable ball before then tossing them through a Metroid-inspired series of levels. It’d be like that awful scene from the second Mortal Kombat film, but actually cool.

Like, just literally Splatoon, but a physical sequel. A giant skate park filled with paint buckets and paint squirt guns and all sorts of gear based on the game.

In the category of “Lowest Hanging Fruit” for Nintendo comes Mario Go-Karts. Get it? Mario Kart, but like for real? Anyway, they could do pretty much any track from any of the games, but an obvious win would be any sort of take on Rainbow Road, the most famous and frustrating of them all.