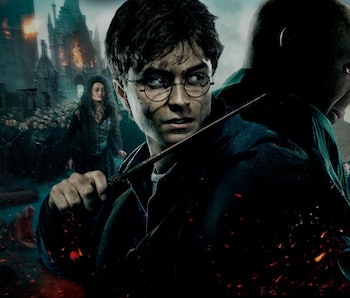 Be wary: a muggle seems to have mastered the Undetectable Extension Charm. As a result, the Boy Who Lived, Harry Potter, goes through seven years of his life in 80 minutes, attending school, meeting friends, and, ultimately, defeating the dark wizard Voldemort in that very short amount of time.

A new video from Harry Potter fan Tim Stiefler condenses all eight films cataloguing Harry’s adventures into a single, 80-minute story, Wizardhood. The trick seems to be cutting out superfluous subplots from the storyline of each movie, resulting in the need-to-know facts that still somehow flow together quite nicely.

As a result, the vile Dolores Umbridge makes her Hogwarts debut in J.K. Rowling’s story 20 minutes into the film, as opposed to her not appearing until the series’s fifth book, Harry Potter and the Order of the Phoenix.

Extension charms like the one clearly used by this Muggle fall into the advanced category of magic, and are closely regulated by the Ministry of Magic. So, despite how charming Wizardhood is, an how much time it cuts off your binging the HP films, be on the lookout for enforcers of the International Statute of Secrecy.

However after just a few days of magic, it looks like Wizardhood has vanished from the internet. So instead, you can watch the entire Harry Potter saga condensed into SIX minutes here.