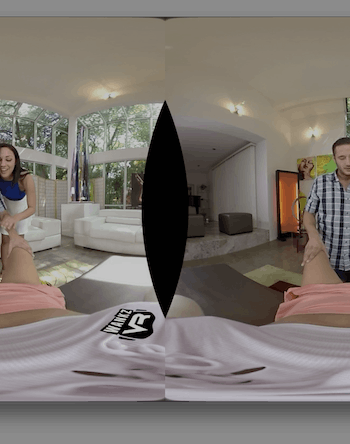 Phillips is particularly proud of the productions because of the thought and research that went into them. In order to better serve its audience, WankzVR deployed a research team to talk to actual women and parse through relevant subreddits. The company also did some soul searching via comment sections, reading reactions to its work and using those reviews to inform the script-writing and shooting process.

The new videos wouldn’t be mistaken for straight male content, but the issue that remains will be getting them a real viewership.

“When you step into the VR realm, you’re really looking at a small pool of people that we generally consider early adopters,” Phillips says. “People who are willing to spend extra to go out and get access to technology that the vast majority of the world doesn’t have access to yet.”

“I think certainly some of these new technologies that are gonna help shape the space,” Phillips says. “They’re gonna come faster than a lot of us think. But they’re not as right around the corner as some of us expect.”